The metro had also resolved to continuously monitor the E.coli levels at beaches and invest in new generators as backup for the more than 2,000 pump stations in the city 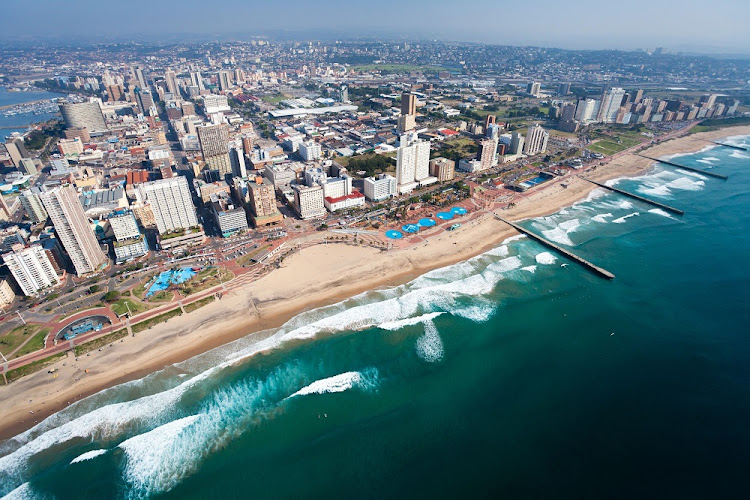 The Durban metro and the Transnet National Ports Authority (TNPA) have introduced a raft of measures aimed at luring back tourists who were boycotting the popular golden mile coastline following reports of raw sewage flowing into the harbour.

Durban has earned its position as one of SA’s most popular year-round tourist destinations for its expansive beaches and sunny climate.

The city has lost billions of rand in business and tourism since the July looting and unrest that spread from KwaZulu-Natal to Gauteng. It has also been severely affected by the Covid-19 pandemic lockdowns that saw the banning of interprovincial travel, flights and the closure of beaches, and which confined residents indoors for lengthy periods.

The sewage spill has dealt business a severe blow, raising concern from investors and tourists. After mounting pressure, the eThekwini municipality has moved to exempt all key pump stations from load-shedding.

In what is seen as another move to reassure business and the public, municipal spokesperson Msawakhe Mayisela said the metro had also resolved to continuously monitor the E.coli levels at the beaches and invest in new generators as backup for the more than 2,000 pump stations in the city.

Transnet National Ports Authority (TNPA) has partially lifted the suspension of diving and angling activity within the port of Durban following the municipality’s completion of pump repairs at the Mahatma Gandhi Road sewer pump-station. The suspension remains in place in the following areas of the port: A, B and C Shed, Marina Area and Tug Jetty, though. “TNPA is in the process of collecting further samples to test the quality of the harbour water. Management at the port expects to be in a position to review the suspension on the remaining areas by Wednesday,” said port manager Mpumi Dweba-Kwetana.

Last week Durban harbour’s lavender creek area was filled with raw sewage. The city blamed the level 4 load-shedding, implemented by Eskom in the last two weeks, for the damage to the biggest pump station.

Port authorities afraid of the health consequences, quickly banned diving and angling in the harbour. Nearby beaches were affected between the North and the Bay of Plenty piers, causing a huge outcry from the hospitality and tourism industry, which usually benefits from these activities. The traditional peak tourism season in Durban is a few weeks away.

Mayisela said sudden Eskom change from level 1 to 4 on Tuesday took them by surprise and left them with little time to shut down the pump stations.

“We apologise for the inconvenience. We want to assure the public that the situation is under control. We have purchased a generator for the Gandhi pump station. It and other stations that service the main tourism beaches will be exempt from load-shedding.”

“We also began procurement processes towards securing generators for more than 200 pump stations. Each generator costs in excess of R2m. The city is working around the clock to normalise the situation and there is no need to panic,” he said.

Mayisela said E. coli tests conducted so far showed the water quality is safe for recreational activities. But “the water at the port of Durban is of poor quality and activities such as diving and fishing are still prohibited in the interest of public safety. The city and the port will inform the public once the water quality has improved,” said Mayisela.

The Durban Chamber of Commerce and Industry said it was not amused by the recent developments.

“It is high time that the city attends to its sewerage reticulation system. The recent sewerage spill is detrimental to the port operations and businesses dependent on the port. The port is at the very heart of the city’s economy and spills of this nature, if not resolved will result in significant economic losses,” chamber CEO Palesa Phili said. “Furthermore, if the matter is not resolved soon, it will threaten the profitability of the festive season.”

In June, the main pump station in the heart of the upmarket tourist and business hub of Umhlanga’s McCausland Crescent north of the city malfunctioned and also led to a waste-water spillage. In May 2019, the port authority banned fishing, commercial diving and other marine activities after high E.coli counts were discovered.

While the city's response is expected to bring some relief to the business and tourism sectors, environmentalists are not convinced. Activist Desmond D’Sa said the sewage spills should have been addressed earlier.

“We monitor the situation regularly and work with experienced laboratories and experts in the field. The sewage spill in the harbour happened last year and this load-shedding damage is a recent development,” he said. “It is clear that the entire sewerage infrastructure across the city needs an overhaul. Maintenance has been lacking. It has to do with getting experienced and quality people to do the job”.

The fishing ban in the harbour and at nearby beaches has affected more than 6,000 subsistence fishers. “This is a major blow as the beaches north of Durban affected by the recent chemical spill are opened for reactional swimming but not fishing,” he said.

The beaches that were closed after the chemical spill that occurred during the July unrest reopened on November 2, but with a 1km exclusion zone that bans subsistence fishing and all recreational activities.

During the July unrest, looters set fire to the United Phosphorus leased warehouse causing agrochemicals and pesticides to spill into the Ohlanga River, Umhlanga Estuary and the sea. Generations of marine life has been destroyed and the entire marine ecosystem has been severely damaged.

KwaZulu-Natal MEC for economic development, tourism and environmental affairs Ravi Pillay said the decision came after the peer review of a report by specialists on the spill was completed by a British professor, Jason Weeks.

“Prof Weeks concluded that while there remained some uncertainties, efforts to remediate and remove any ongoing sources of contamination from the site and upper reaches of the tributary appeared to be effective.”

“All fishing and harvesting of marine resources (shore angling and the harvesting, utilisation and consumption of shellfish) between the Umgeni river mouth to Salt Rock and 1km out to sea, remain prohibited,” said Pillay.

Red tape and recalcitrance keep SA in the dark

Barriers to providing electricity mean no quick end to load-shedding.
Business
7 months ago