Activists warn that province is in urgent need of ‘servant leaders’, not people who act in their own interests 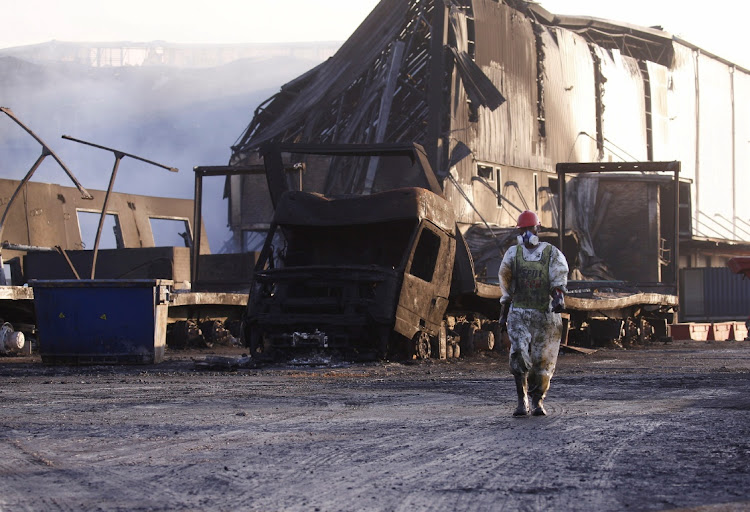 A warehouse that was damaged during looting and violence in Durban in July. Picture: REUTERS/ROGAN WARD

KwaZulu-Natal is facing a leadership crisis that, left unresolved, will devastate a province that is still reeling from the weeklong looting in July, the economic effects of Covid-19 and endemic political instability, analysts say.

Investor confidence in the province is low, trade is languishing, job losses have been huge, and the tourism industry has also been hit hard. It will take much effort to set the province on a path of stability, growth and prosperity.

Peace activist and former politician Ela Gandhi, granddaughter of Mahatma Gandhi, says civil society is crying out for “servant leaders”, and not those who act in their own interests. “We need leaders who put the people first. The current authoritarian character of certain leaders shows it is about self-interest before the people,” Gandhi said.

“We need a commitment to create employment so that people can buy food. Service delivery is about homes with enough space so people can grow their own food and not go hungry. As we go into the elections, we need local government leaders who will deliver on the promises to capacitate and uplift the lives of women and children.”

Veteran KwaZulu-Natal violence monitor Mary de Haas says “decisive leaders” are imperative to bring stability and end the wanton killings in the region. “We need leaders who will call out their own members and report abuse and corruption to the police for investigation.

“The region has a history of violence, yet nothing is taken up at leadership level to address the root causes. Political deployments and irregular awarding of tenders is a root cause of the instability. Food parcels won’t work; skills and capacitation for the unemployed and the homeless will work.”

Tensions within the ANC must be addressed as local elections near, she said, referring to the recent killing of three ANC supporters at Inanda, the gunning down of an ANC peace committee member at the Glebelands hostel, and the stabbing of a candidate and the assault of others in Pietermaritzburg. A special task team is investigating the murders but no-one has been arrested yet.

Xolani Dube from the Xubera Institute of Research and Development has called for a fundamental change in leadership to redress social injustice. The people of the province and the country are all in difficulty, are in the same boat, irrespective of “skin pigmentation” and new thinkers and leaders who are moral and ethical are required, Dube said.

“We do not have leaders in this country and the idea of a democracy is an illusion. The leadership landscape is skewed towards the historically disposed. Our leaders are by-products of the Afrikaners. Democracy and elections are gimmick rituals of nothingness. Political leaders are seven heads serving one snake.”

Thamsanqa Bhengu, a leadership expert from the University of KwaZulu-Natal, agrees on the need for a “servant-leadership approach” to encourage and inspire future youth leaders.

“We need leaders to go back to the basics. If we have leaders who live by the Batho Pele [people first] principles, which include consultation with the people and promoting a professional service ethic, then we would not be in a position of this survival of the fittest. Our youth need leaders who have broad influence to inspire, build trust and show they are capable.”

Meanwhile, business leaders are calling for leaders who are “decisive and engage in participative, facilitative and accountable governance”. The Durban Chamber of Commerce and Industry believes decisive leadership is essential if the city is to achieve economic prosperity. Businesses are looking for leaders who will promote the interest of the business community fairly and ethically.

“It is the responsibility of the city leadership to create a better and stable business environment,” chamber CEO Palesa Phili said. “As organised business, we are committed to ethical, accountable, and transparent business relations with our private business counterparts and public sector. We need to tackle the issue of corruption, address it head-on as it is destroying our economy and, as a result, we are suffering because of poor service delivery from the public sector.”

Leaders of the city and the province need to focus on regaining the trust of the business community. Business leaders are seeking investment destinations with political stability and decisive leadership. Over and above that, government leaders need to prioritise robust dialogue between the private and public sectors, Phili said.

If South Africans don’t jettison the broken ANC at the polls in November, it means the decay and looting will have been rewarded. This should not ...
Opinion
10 months ago

A ground-up approach is needed, party says
Politics
11 months ago
Next Article