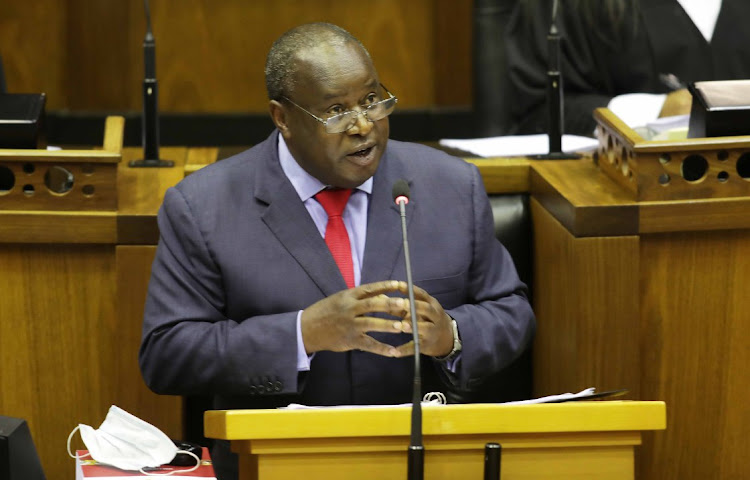 Finance minister Tito Mboweni has emphasised the urgency of enabling embedded power-generation projects within the next 12 months to drastically reduce load-shedding and facilitate an economy recovery.

Embedded generation, the production of electricity by smaller plants connected to the distribution network, is the only way to enable economic recovery, Mboweni said at the weekend. He noted that “growth prospects are significantly hampered by ongoing energy constraints”. Economic reforms are also essential, he added.

Electricity supply shortages and the consequent load-shedding have been a key hindrance to economic growth, and while mineral resources and energy minister Gwede Mantashe recently opened the way for emergency power procurement, he has been slow in doing so.

In March, Mantashe made a series of announcements for emergency power procurement, as well as opening calls for bids for the fifth round of renewable power procurement and lifting the licensing cap for self-generation from 1MW to 10MW — though this fell short of the 50MW cap the industry called for.

He also issued a request for proposals under bid window 5 for the procurement of 2,600MW and said the government intends to release four more requests for proposals for 7,612MW within the next 12 months.

In a virtual address to the Rotary Africa Centennial Conference at the weekend, Mboweni noted that SA’s economic recovery is lagging that of other comparable countries.

“Without faster growth, SA is unlikely to reach 2019 output levels before 2023,” the minister said. The Treasury has forecast growth of 3.3% this year.

Nevertheless, Mboweni pointed to the significant opportunity SA has to benefit from the combined effect of a faster global recovery, high commodity prices and easy monetary conditions. The global recovery has been stronger than previously expected and the latest global figures support a more optimistic outlook.

“But taking this opportunity will depend on our ability to implement domestic reforms. At the same time, there are many risks to the outlook, including the ongoing Covid-19 pandemic, and uncertainty about the sustainability of emerging-market debt in a period of rising global interest rates.”

The International Monetary Fund (IMF) has projected global growth of 6% in 2021 with advanced countries expected to grow by 5.1%. Pre-pandemic output levels are expected in the US this year, as sizeable fiscal stimulus is driving a faster-than-expected recovery. China will continue to expand (forecast at 8.4% in 2021) off the back of a state-sponsored investment drive and pent-up demand.

“Since the beginning of the year, emerging-market currency appreciation has slowed as a result of rising inflation expectations and yields in advanced economies. This has resulted in a fair degree of rand volatility. Global conditions support SA’s bond issuance strategy, despite rising yields in the US,” Mobweni said.

He said extremely accommodative monetary policy in advanced economies has provided excess global liquidity and a resultant “search for yield” that had supported capital flows to emerging markets. However, early 2021 saw rising inflation expectations and therefore rising yields in some advanced economies, particularly the US.

“The US Federal Reserve has repeatedly reaffirmed its commitment to accommodative policy in the short term (forecasting no rate increases until the end of 2023), but the possibility of rising advanced-economy yields poses a significant threat to emerging markets, particularly those such as SA that are already under extreme fiscal pressure,” Mboweni said.

1.
Ramaphosa to weigh tighter lockdown when he ...
National
2.
ANC back to square one on land after vote fails
National
3.
Task falls to business as government kicks ...
National
4.
State dithers about vaccine mandate while seeking ...
National / Health
5.
A porsche in the car port … public servants to ...
National

1.
Ramaphosa to weigh tighter lockdown when he ...
National
2.
ANC back to square one on land after vote fails
National
3.
Task falls to business as government kicks ...
National
4.
State dithers about vaccine mandate while seeking ...
National / Health
5.
A porsche in the car port … public servants to ...
National