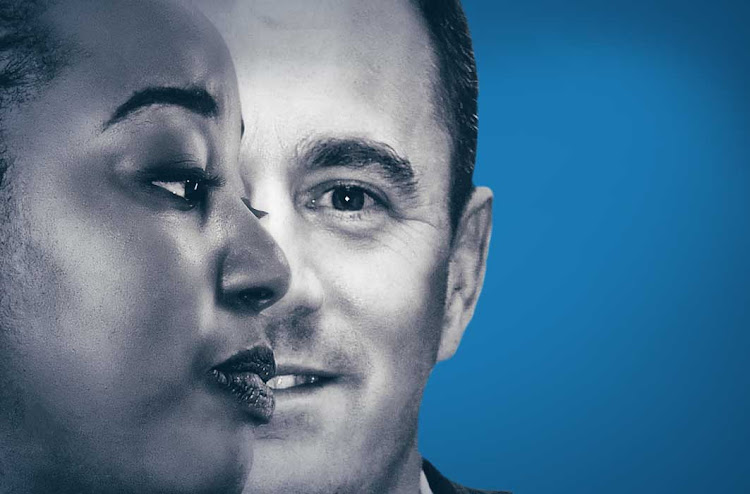 DA interim leader John Steenhuisen and KwaZulu-Natal MPL Mbali Ntuli both made a last effort to convince the party's more than 2,000 delegates at its national congress to elect them leader.

The DA's first ever virtual congress got under way on Saturday morning, a mammoth task which comes ahead of next year's local government elections.

The party has been without a permanent leader since Mmusi Maimane resigned just over a year ago, following internal turmoil after the DA lost support in the general elections for the first time.

The congress was initially set to take place in May 2020, but the Covid-19 pandemic and the lockdown imposed to curb it derailed political events.

The DA’s new leadership will have to ensure that voters buy into the party in 2021, after the beating it took last year.  It will also have to sell the policies adopted at the party’s policy conference earlier in 2020, which includes the rejection of racial categorisation, a controversial issue in the party.

Steenhuisen, who was elected interim leader last year, told delegates that he put his hand up for the position because he cared deeply for the party that he served for 22 years and has been working to rebuild its image.

He acknowledged that the past year had been tough for the DA, but that it had also proven the “fundamental strength” of the party.

Steenhuisen said as leader of the party he would want every single DA member to focus on the voters, emphasising “all of them”.

“Every South African deserves to know our vision for the country, and how we plan to rescue it from the criminal clique in power,” he said.

“We must stop talking only to ourselves.”

This comes as the DA has been accused of focusing more on the votes it lost to the Freedom Front Plus in last year's election and questions about whether it was reverting to a party that focuses on minorities.

Steenhuisen also said gone were the days of people being “parachuted into positions at the expense of hardworking members”.

Ntuli set out her vision for what she believed could make the DA “kind, strong and fair” and can show South Africans that the party was ready to be a majority government in the country.

“I ran my campaign showing that what I want for this party is for everybody to feel included in all our decision making and the way that the party is able to negotiate our shared values. I don't think that disagreement or seeing things differently is a bad thing,” Ntuli said.

“The idea of diversity as part of our principles is the one that should be cherished the most as the DA and I want to move our party into a place where everybody feels that they have equal ability to be able to say where they believe the DA should be going and how we should be talking to voters on the ground because we only exist to try to win votes to show people what the DA can do.”

Ntuli said she believed that best things about the DA were the good people who worked incredibly hard devoting their time to the party and the DA's governance track record.

She said if elected leader she would reinvigorate the DA and asked to be given the chance to show members what she can do.

Steenhuisen and Ntuli were both attending the DA congress from a hybrid centre — set up for those delegates who did not have internet access or poor connectivity — in Durban. Both hail from KwaZulu-Natal.

Voting for the DA's new leader will be done through an online platform called OpaVote.

Of these delegates, 1,137 were public representatives; in the form of serving MPs, MPLs and councillors, while 902 consisted of representatives of branches across the country, which made up  44% of the total number of delegates.

He said this made the congress one with the largest representation of ordinary branch members to date.

Gauteng chair Mike Moriarty is contesting Zille for the position.

Voting opened just after 11am and would remain continue until 5pm on Saturday.

The results will be announced before the closing of the congress on Sunday afternoon.

Interim DA leader John Steenhuisen seems certain to cement his position in the party at its elective congress this weekend. But he will be taking the ...
Features
7 months ago

About 2,000 DA delegates will meet virtually to conduct their first virtual national congress, to elect a leader for 2021’s local government election
National
7 months ago

It serves no-one in the DA to attack the party, John Steenhuisen says