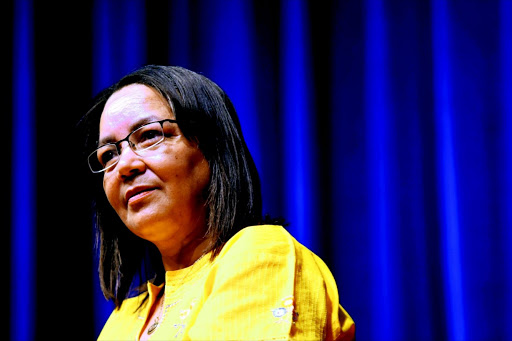 A further 33 post-feasibility stage infrastructure projects had been developed by the government to date in addition to the 55 “bankable and shovable” projects presented to the Sustainable Infrastructure Symposium for SA, on Tuesday.

The 55 projects were finalised by April and have been approved by the cabinet.

These 88 projects were developed from 276 projects submitted, the head of the infrastructure investment office in the presidency Kgosientsho Ramokgopa said in a presentation to parliament’s public works committee Wednesday adding that more projects would be looked for.

Investment in infrastructure would help reignite the economy devastated by the Covid-19 pandemic, Ramokgopa said.

He said that the 55 projects presented to the symposium would require private sector investment of R112.6bn. Financing for all the projects had been obtained without the need to make a call on the fiscus.

In addition to the provision of R267.1bn for infrastructure on the 2020/2021 budget (before the supplementary budget), this would give a total infrastructure project pipeline of R379.7bn.

A new methodology had been developed for investment in infrastructure, which would be led by the government, and would crowd in private-sector investment, she said.

Ramokgopa noted that there had been a substantial underspend by all spheres of government and SOEs on infrastructure and there had been no clear national direction and strategy for this.

“The oversight has been scattered and in the wrong place.

“In this time of crisis, a clear focus is needed on targeted infrastructure investment and implementation which forms part of the economic growth and recovery in the immediate, medium and long term. This is the primary way in which to bring the country out of the severe recession.”

He noted that gross fixed capital formation should be about 30% of GDP but currently in SA this was only between 15% and 18%.

State implementation capacity including technical and financial engineering skills had been decimated, which had resulted in an underspend of capital budgets across the government and the SOEs.

Annually, SA was underspending about R30bn in relation to allocated capital budgets. That needed to be addressed urgently.

The plan involves promoting increased funding from the private sector or agencies.

Ramokgopa stressed that there had to be legislative and regulatory reforms to facilitate the implementation of those projects, especially the ease of doing business. Provinces would also be assisted so that they can submit sound projects.

A central office would be the single point of entry for all infrastructure planning over a 25 year period.

The symposium on Tuesday was told that the 55 approved projects, as well as some others, would be gazetted in the coming weeks but that did not mean that the government had committed to building them or that they would be funded.

Infrastructure programme worth as much as R1.5-trillion over the next decade is to be unveiled by President Cyril Ramaphosa on Tuesday
Economy
9 months ago
Next Article