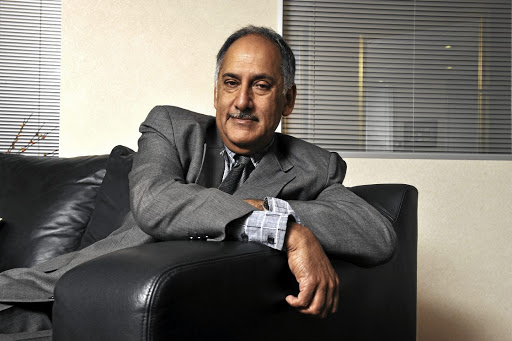 The private sector is best placed to stimulate growth as increasing the role of the state is not the answer to mitigating the economic devastation facing SA, Business Unity SA (Busa) CEO Cas Coovadia said on Tuesday.

This is provided that the state creates an enabling environment, and business and labour reach a constructive compact taking all criteriam, including inclusivity, affordability, and competitiveness into account, he said.

Busa was reacting to a document on the ANC’s economic strategy in the face of the Covid-19 pandemic. The party has mooted regulatory reforms and an expanded role for the Reserve Bank to mobilise funds for development projects and finance institutions as part of the effort to rebuild the economy.

SA has been in a nationwide lockdown since the end of March, causing economists to forecast the worst economic contraction in at least a century. The lockdown was put in place to curb the spread of the coronavirus but has had a devastating effect on the economy.

Business has been calling on the government to ease lockdown restrictions to allow for the economy to open up. A move to level 3 on Monday saw the majority of sectors open, but there are still some under lockdown.

Coovadia said Busa estimates a drop in the GDP of anything between 8.8% and 16.1% this year. “The SA economy is particularly affected upon because we were in a recession and a severe fiscal crisis before the effect of the pandemic.”

The economic effect of the coronavirus has also made starker the inequalities in SA, Coovadia said.

“This set of circumstances needs a significant rethinking of our economy and measures to resuscitate it after Covid-19. We will need to build an economy that attains sustained growth of beyond 5%, and which is structured to be inclusive and equitable. This will require the critical stakeholders, particularly the government, business, and labour, to put aside ideology and dogma to put national interest above all else,” he said.

However, some fundamental truths remain in any discussion on rebuilding the economy. These include getting local and global businesses to invest in SA — which will be extremely difficult in the Covid and post-Covid period, he said.

There is also the absolute imperative to grow the economy at levels that address the inequalities and is inclusive so that the majority of people are economically active. This means there needs to be an agreement on the structural reforms critical to enable investment, growth, and inclusion, Coovadia said.

It means that SA has to recognise the resource constraints it faces, and available resources must be used in productive economic and social growth. It can only invest in projects that will deliver meaningful social or economic returns.

“The ANC document considers some but not all these issues. This document resurfaces old ideology and dogma of a significantly increased role in the economy for the state, interfering in the mandate and independence of SA Reserve Bank, supporting ailing and unstrategic state-owned enterprises (SOEs) and creating new ones,” Coovadia said.

“In all instances we will need to persuade society that there is a fundamental and rational basis for any such moves, consistent with an inclusive, mixed, and sustainable economic growth trajectory.”

He said Business for SA, of which Busa is a co-sponsor, is doing a significant amount of work on developing fact-based options for rebuilding the economy, within the context of a fundamental recalibration of the socio-economy.

It will engage the government, labour and other stakeholders on the outcome of this work.

However, in the meantime, Coovadia said Busa urges the government to look at business as a credible partner in lifting SA out of the current crisis.

ANC in the hunt for infrastructure funds

Business has called for a quick move to a level 2 lockdown, saying the government needs to trust it to curb infections in the workplace
Economy
2 years ago

For those who lost earnings, almost 75% say they have had to cut spending to cope, while just over half have also accessed their savings
Economy
2 years ago
Next Article