Municipal boundaries will be set after the 2021 elections 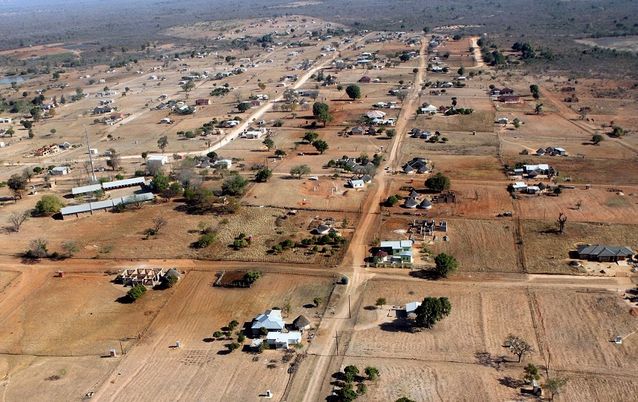 A general view of the outskirts of Vuwani, in Limpopo. Picture: SANDILE NDLOVU

The Municipal Demarcation Board will determine local councils’ boundaries only after the 2021 local government elections, a decision that could leave some voters in different municipalities from the ones they voted in.

The road to 2021 has officially started, with the board announcing on Wednesday that a public consultation process will take place on the draft ward proposals from February to April in all SA’s provinces. The wards will be finalised by July 2020 and will be officially handed over to the Electoral Commission of SA (IEC) in August.

The delimitation of the wards is critical for the work of the IEC ahead of the election. The demarcation board has bought itself time on the more politically sensitive issue of municipal boundaries, which will now take place only after the elections.

The demarcation of boundaries in the past has led to violent protests, the most prominent of these being the Vuwani protests in Limpopo, where community members burnt down schools and blocked roads in protest against being moved from the Makhado local municipality and incorporated into the Collins Chabane municipality in 2015 — a year before the 2016 council elections.

Thabo Manyoni, chair of the demarcation board, told Business Day  after briefing journalists on the electoral processes  that the reason for the delay was simply that the demarcation of the municipal boundaries was time consuming.

He said it could take as much as two years to complete the process and “you don’t want to disturb” the process while preparations for elections were being done.

“It’s not just an easy exercise that can be handled now. If we do that we might find ourselves having a constitutional crisis where in some areas people would not necessarily go to vote if certain processes have not been completed,” Manyoni said.

“Let’s have smooth elections and then let’s look into those processes,” he said.

He said he has been appealing to communities and local political leaders that the process involved in demarcation was serious, that it affected the livelihood of people and that it had to be engaged in properly.

Asked whether the boundaries of municipalities could change drastically after the election, he said they could, but it depended on the requests for it and the logic behind it.

“I can’t pre-empt [it] now, but if you have to de-establish [the municipality], at the end of the day it would have to happen.”

Given that the majority of requests for being moved into a different municipality lie in wanting better services, Manyoni said the message needed to be sent that services had to be delivered to people no matter where they live.

He emphasised that the demarcation of boundaries should not be used as an “instrument for convenience sake”.

STEVEN FRIEDMAN: The people versus public opinion: our hit-and-miss democracy

If people are dissatisfied with the governing party the ANC would not be winning by-elections, writes Steven Friedman
Opinion
2 years ago

The DA’s loss of support to the FF Plus in the small North West town of Schweizer-Reneke is part of a broader trend that should alarm the party ahead ...
Features
2 years ago
Next Article

Less than a quarter of the schools torched during Vuwani protests have been ...

Vuwani protest driven by fear of not being heard, says study

Less than a quarter of the schools torched during Vuwani protests have been ...

Vuwani protest driven by fear of not being heard, says study