Senior appointment was improperly made and must be reversed 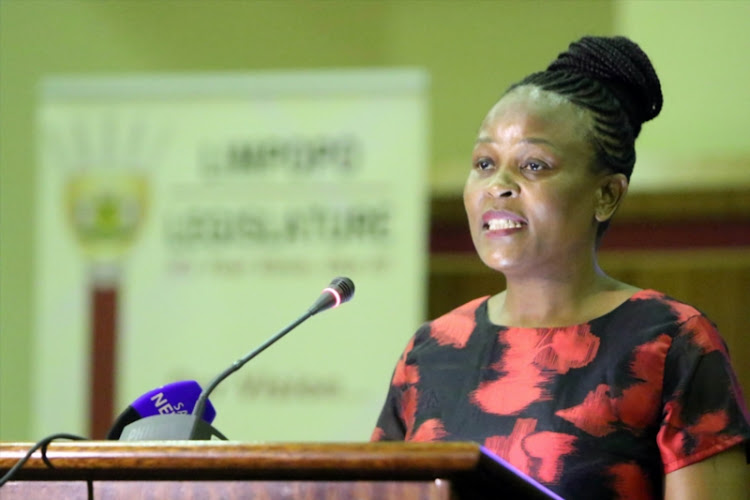 The public protector has ordered that the appointment of ANC Youth League deputy president Desmond Moela to a senior education post in Mpumalanga be set aside.

Busisiwe Mkhwebane made the ruling after an investigation found that the basic education department in the province had not followed the proper recruitment and selection process when Moela was appointed.

Mkhwebane launched the investigation after she received a complaint in 2015 from a person who wished to remain anonymous.

“It was based on a City Press article of September 2015,” she said. “It alleged departmental authorities lowered the requirements of a director’s post in the department of basic education to suit the newly-elected [deputy] president of the ANC Youth League, Desmond Moela,”

The department had advertised the post, according to the newspaper, in a circular in July 2015, in which it stated that the educational requirements for the post were an appropriately recognised bachelor’s degree, a diploma or grade 12, plus extensive appropriate experience, she said.

According to the newspaper, Mkhwebane said, the investigation found that Moela had in 2009 studied towards a three-year qualification at the Tshwane University of Technology where he failed all three subjects for which he registered.

“These allegations were found to be substantiated,” Mkhwebane said.

Her office requested the department to implement a number of remedial steps within 30 days of the report, she said.

“The job description of the position in question is reviewed and the required minimum qualifications are aligned with the guidelines of the appointment of senior managers in the public service.”

She said the head of department (HOD) must, within 60 days, ensure that the CFO investigate the fruitless and wasteful expenditure incurred and report it to the provincial treasury.

“The HOD must also further, within 60 days, take appropriate steps against the employees implicated. The HOD must institute a judicial review to set aside the appointment of Mr Moela.”

Moela obtained a tertiary qualification, a national diploma in public management, in March this year.

The report on the complaint against the department of basic education was one of a number of reports Mkhwebane released on Thursday. Others dealt with service delivery complaints from government departments and complaints of irregular appointments.

Just what did this whimsical, Disney rodent do to be so insultingly used by our politicians?
Opinion
2 years ago

Question marks loom over the newly appointed CEO, especially given the dire performance of the last firm he headed
Opinion
2 years ago

The way the political landscape is shifting in SA now, there will be little in the way of electoral options in the next local government elections
Opinion
2 years ago
Next Article