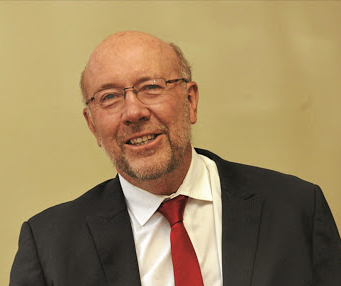 Rob Adam has resigned as board chair of the Nuclear Energy Corporation (Necsa) after just seven months in the position, both he and the department of mineral resources and energy confirmed on Monday.

Adam’s resignation comes amid plans to restructure the troubled state-owned entity, which is fiercely opposed by the National Education, Health and Allied Workers’ Union (Nehawu) because it entails 400 retrenchments.

But in a WhatsApp response to Business Day, Adam said he resigned because of the demanding nature of the job.

“Essentially the constant need for attention to detail, engaging with the board, staff and minister on a daily basis took the role way beyond non-executive chairmanship to the point where it was impacting on my job [as board member of the Square Kilometre Array] and my private life.”

Adam, who had previously served as CEO of the corporation, was appointed as chair in December last year when then minister of energy Jeff Radebe fired Kelvin Kemm from the post and also disbanded the entire Necsa board over its failure to discharge its fiduciary duties.

Key to the decision to remove the board was that poor governance had led to problems at Necsa and its subsidiaries, in particular NTP Radioisotopes, which experienced a year-long shutdown over a safety scare.

This subsidiary produces medical isotopes used in the treatment of cancer globally and is one of the few revenue generators for Necsa.

Meanwhile Radebe also placed the Necsa CEO at the time, Phumzile Tshelane, on precautionary suspension pending an investigation and he was ultimately fired in mid-May 2019.

In a letter sent to Mantashe by Nehawu last week (dated July 2 2019), the union called for the minister to intervene at Necsa which, it said, “is being allowed to drift toward a costly disaster”.

The union said that Radebe’s decision to fire the previous board pushed the organisation into a deep financial crisis noting that the previous board, despite cash flow challenges at times, had never sought to retrench workers.

Nehawu said, “the current Necsa board is running the organisation in secret, is not honest to employees and has done very little or nothing of substance to arrest the situation in seven months in charge of the organisation”.

In another letter sent the following day to the Nesca board by the corporation’s chief legal adviser Vusi Malebana, he flagged corporate governance concerns.

These include that the turnaround strategy, which involved retrenchments, was submitted to the department of energy without input from or engagement with the Necsa exco which would be tasked with implementing it.

“In essence, the Necsa exco has been rendered useless, thereby giving credence to Nehawu’s assertions that the board is in fact managing the corporation,” Malebana said in the letter.

Necsa board member Pulane Kingston said there was nothing untoward about Adam’s resignation and that he was indeed under severe work and personal pressure. She said her job was not to respond to media speculation and reports but rather to oversee the running of Necsa, for which “enormous challenges” lie ahead.

The department, in a written response, said a key priority for the minister is to stabilise and strengthen all entities of the department, which includes the filling of board and executive management positions, to ensure “they are more efficient and support the execution of the department’s mandate”.

The department said work in this regard had already commenced.

Adam said his experience with the current board and both the former and current minister is that “all have been sincerely focused on fixing Necsa”.

Phumzile Tshelane has been notified of his removal from the nuclear corporation’s top job but says he is appealing the findings of a disciplinary ...
National
3 years ago

The Nuclear Energy Corporation of SA made a loss over the past two years, with the IRP unlikely to include nuclear energy as a future requirement
National
3 years ago