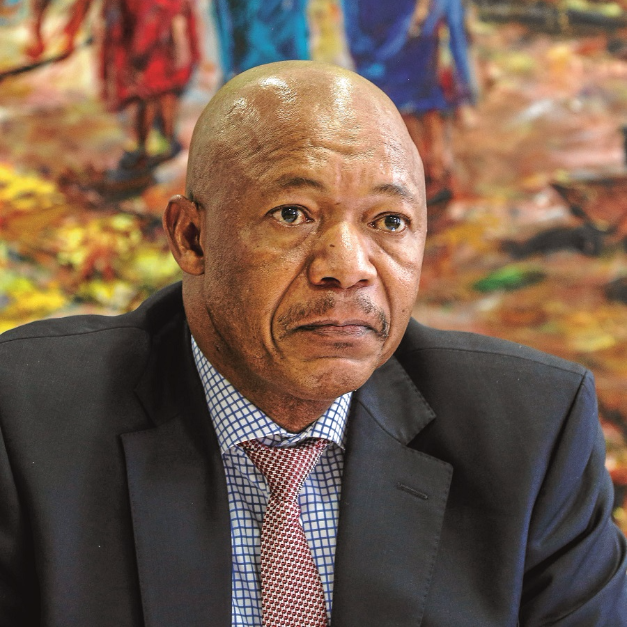 Public Investment Corporation (PIC) CEO Dan Matjila has slammed the UDM’s court bid to force Finance Minister Nhlanhla Nene to suspend and discipline him as an ill-conceived "abuse of court process" — which, he says, is based on "frivolous" and false allegations of which he has been cleared.

Matjila says that the UDM’s application is misguided because — under the PIC’s own governing document — only the PIC board has the power to suspend him, not the minister.

UDM leader Bantu Holomisa has not challenged the board resolution that cleared Matjila.

The PIC manages almost R2-trillion in government pension and other funds, making Matjila one of the most powerful players in the economy.

Matjila’s arguments against his removal are contained in an affidavit before the High Court in Pretoria, lodged in response to Holomisa.

Holomisa’s argument centres on the claim that the PIC board cleared Matjila of allegations of corruption without conducting a thorough investigation.

But says Matjila: "There are no credible facts contained in the UDM’s founding affidavit justifying that this honourable court should interfere with the rights, duties and functions of the [PIC board], as provided in law."

Those resolutions, he says, "remain valid, binding and enforceable", and have not been challenged by the UDM, despite the party insisting that the investigation process was a "sham". Therefore, he argues, there is no legal basis for his suspension.

Nene is also opposing the UDM’s application, and has described the allegations against Matjila, which relate to accusations that he used his position to improperly benefit his supposed girlfriend, as "uncorroborated hearsay evidence".

Matjila has repeatedly denied that he is or was romantically involved with the woman.

The PIC board has also stated in court documents that the whistle-blower responsible for those allegations has been "discredited".

However, Deputy Finance Minister Mondli Gungubele, who is also the chairman of the PIC, has stated in an affidavit to the court that, "I cannot confidently state that the board acted properly when it dealt with these matters." He has not opposed Holomisa’s application.

In September 2017, a "whistle-blower" known only as "James Nogu" sent e-mails to the PIC claiming that Matjila had acted improperly by awarding a R21m loan to a company that was linked to his alleged lover Pretty Louw. It was also claimed that he had asked a company in which the PIC had invested to settle a R300,000 personal debt of Louw.

Holomisa says there is clear evidence that there is some truth to certain of the allegations made and maintains that the PIC board deliberately did not investigate whether there was a relationship between Louw and Matjila.

The UDM leader says he is surprised by the ruling and intends to challenge it, after being told to stop making allegations against Lebashe and ...
National
3 years ago

The PIC says the UDM leader’s repeated claims of systemic corruption at the PIC lacked substance, and were ‘malicious and patently false’
National
4 years ago

The PIC, Africa’s largest asset manager, has funds under management of about R2.1-trillion
National
4 years ago