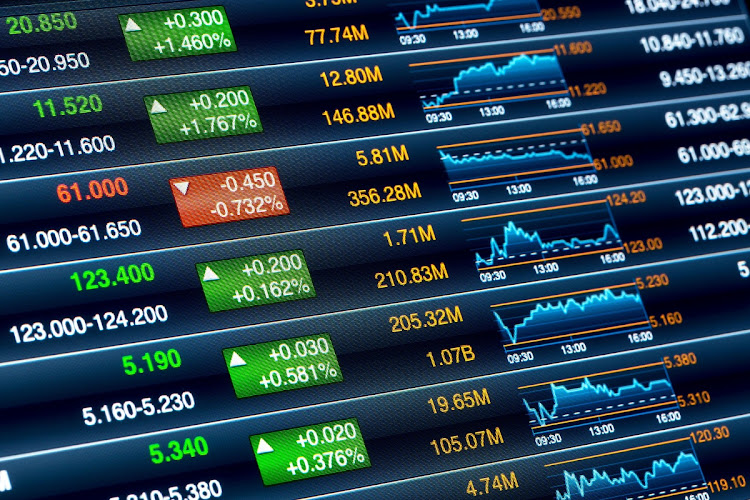 A handful of emerging-market currencies have held onto gains versus the dollar this year. That list may shrink in the coming weeks as the highly contagious Delta variant forms a new fault line for developing nations.

Countries that are lagging behind in vaccination rates such as SA and Russia, may feel the pressure as they tighten restrictions that will hurt economic activity, according to Credit Agricole. Once the best performers of 2021, the rand and ruble were among those that knocked an index of emerging-market currencies lower in June for the first time in three months.

“Achievements in terms of vaccination will increasingly be a differentiation factor among emerging markets in the second half,” said Sebastien Barbe, head of emerging-market strategy at Credit Agricole. “The impact of the further spread of the virus variants will vary significantly depending on vaccination rates,” as well as economic and political factors, he said.

The rand and Colombian peso are feeling the pain from a spike in Covid-19 cases, which is keeping expectations for tighter monetary policy at bay. In Africa’s most industrialized economy, daily coronavirus cases surged to a record of 26,485, on Saturday. That came more than a week after President Cyril Ramaphosa placed the country in the strictest form of lockdown since May 2020.

The tighter restrictions are pressuring a SA economy that is reeling from its worst contraction in a century, while Colombia’s decision to shelve a plan to raise taxes earned it a rating cut to junk from Fitch Ratings.

The currencies of SA and Colombia are the most vulnerable as their central banks are not hiking rates “to build up a real rate cushion” against the US, according to Ed Al-Hussainy, a senior interest-rate and currency analyst at Columbia Threadneedle Investments in New York.

Adding to the pressure is the prospect of higher fiscal spending and risk of outflows after yield-hungry global investors flocked to the nations’ assets this year, he said.

In comparison, the Brazilian real and Mexican peso will be more resilient as their central banks tighten policy, he said. The real has outpaced all of its developing peers this year even as Covid-19 cases remain at record highs.

The spread of the Delta strain is also taking its toll on Southeast Asia. MUFG Bank expects sluggish tourism revenue to weigh on Thailand’s baht. Indonesia’s rupiah fell to its weakest since April as the country imposed the strictest curbs yet on the economic centres of Java and Bali.

Only a few developing nations — Chile, China, Israel, the UAE and the Central and Eastern European countries — have inoculated close to half of their populations, the level seen as needed to curb the spread of the Delta variant, Bank of America said in a report on Friday.

Most major emerging markets should get there by year-end, including Brazil, India, Indonesia, Mexico, Russia and Turkey, said David Hauner, head of cross-asset strategy at BofA.

SA is the outlier, he said, with only about 5% of its population vaccinated. At the current rate, it would take until 2023 for the nation to reach 50%. In Colombia, only 11% of the population is fully vaccinated, a lower proportion than in Chile, Mexico and Brazil.

Economic data bears out the division: purchasing managers’ indexes in Russia and SA, with those in Asian nations with relatively low vaccination rates, fell in June. Those in Eastern Europe and Latin America, where inoculation programmes are more advanced, mostly rose.

That may increase pressure on developing-nation central banks to remain accommodative, another negative for currencies as the Federal Reserve starts discussing the withdrawal of stimulus. It may also deepen the divide between emerging and developed markets. That is already showing: a Bloomberg index of developed-market stocks has beaten its emerging-market counterpart by a factor of almost two since the start of the second quarter.

Even more industrialized nations, such as the UK, are struggling to contain the virus, despite tight restrictions and vaccine progress. The latest surge in infections across many developing economies, in many cases not yet driven by the new strain, suggests that “outcomes could be far worse now”, Deutsche Bank said in a report.

“We are watching the resurgence of infection numbers closely,” said Witold Bahrke, a Copenhagen-based senior macro strategist at Nordea Investment.

“It is one of the factors that leads us being underweight EM currencies, especially due to its potential impact on the EM-DM growth differential,” Bahrke said.

JSE likely to be mixed on Monday amid patchy Asian markets

Hong Hong’s Hang Seng was off 0.45% but China’s Shanghai Composite edged up
Markets
3 weeks ago

MSCI’s broadest index of Asia-Pacific shares rises, led by a gain in Taiwan, as Chinese blue chips inch up too
Markets
3 weeks ago
Next Article

ECONOMIC WEEK AHEAD: Reserve Bank’s June reserves are likely to dip on ...

ECONOMIC WEEK AHEAD: Reserve Bank’s June reserves are likely to dip on ...