The unrelenting march of electrification continues in the sports car world 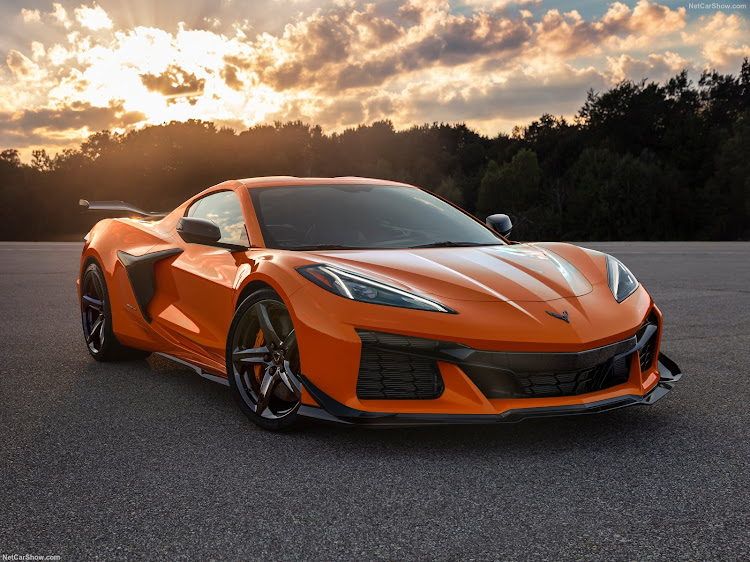 The Chevrolet Corvette, the all-American muscle car, will spawn an electric version.

General Motors president Mark Reuss confirmed on Monday that a hybrid derivative of the two-door sports car will be launched as soon as next year, followed at an undisclosed date by an all-electric version using GM’s Ultium battery technology.

GM hasn’t revealed any performance details but an electric Corvette is likely to be extremely fast given that the much heavier Ultium-based GMC Hummer EV produces 750kW and can hit 0-100km/h in about three seconds.

Corvette, better known for its roaring V8 engines, is the latest sports car brand to go down the battery-powered path as the motor industry moves to more planet-friendly technology. GM last year said it was aiming for all its light vehicles to be electric by 2035.

Most sports car manufacturers have electric models in their line ups, including GM’s longtime competitor Ford with its battery-powered Mustang Mach-E.

It is rumoured the hybrid car could be called a Corvette E-Ray, and will reportedly be powered by a single electric motor on the front axle and the current Corvette Stingray’s 6.2l V8 petrol at the rear.

US president Joe Biden first mentioned an electric Corvette during his campaign trail, saying he’d been told that it was in development, and that it would be capable of 320km/h.

Billionaire tweets that the Cybertruck will have four e-motors and all-wheel steering, plus the ability to drive sideways
Life
5 months ago