Billionaire tweets that the Cybertruck will have four e-motors and all-wheel steering, plus the ability to drive sideways 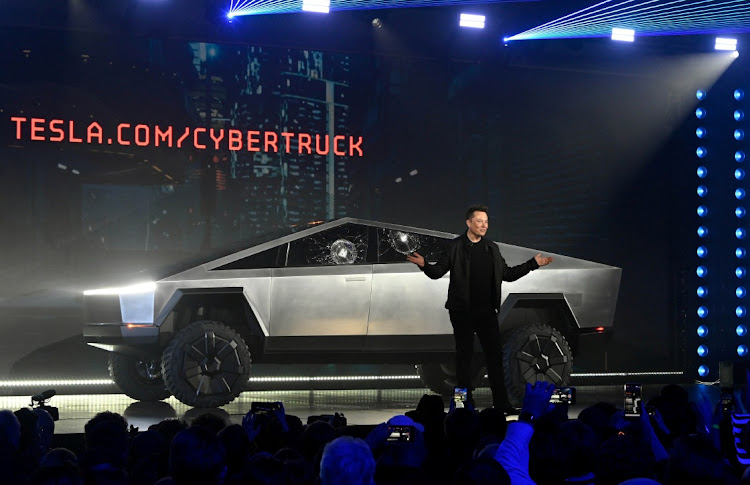 Tesla CEO Elon Musk has hinted in a tweet that the company's latest Cybertruck will a get a more powerful model that will include the ability to move sideways. Picture: SUPPLIED
Image: Tesla Cybertruck

Like Elon Musk, the Cybertruck is eccentric. In keeping with that image the Tesla CEO first introduced the vehicle in an appearance on rapper Travis Scott’s Gang Gang music video in 2019. Now it’s time for new, more powerful model.

The yet-to-be-sold upgrade resembles a blocky aerofoil shape, unlike anything else in its purported lifestyle-truck segment. Production of the offbeat vehicle — featuring a near-impenetrable, smooth monochrome exoskeleton using ultra-hard, 30X cold-rolled stainless steel and armoured glass — is meant to start sometime in 2022.

Musk said the pickup would offer models with battery options for distances of 400km, 500km and a range-topping model with 800km.

The triple-motor version is estimated to produce 596kW and 1,355Nm and Tesla says this should see this Cybertruck accelerate from standstill to 100km/h in a staggering 2.9 seconds and have the ability to tow seven tonnes.

In typical fashion, Musk has tweeted plans for an additional model. According to the CEO this top-shelve model will have individually controlled, quad-motors driving each wheel and will also have a front- and rear-wheel steering system, enabling it to drive diagonally.

These updates are in line with a rising electric truck offensive by rivals Ford with its F-150 Lightning, EV start-up Rivian whose latest R1T pickup also offers four-electric motors, and GMC with its Hummer EV that has almost 15,000Nm on tap.

The Hummer uses three electric motors with all-wheel steering, which enables sideways driving via “crab mode”’ Rivian is also reported to also be investing in diagonal driving system that will enable its version to rotate 360º by spinning the left and right wheels in opposite directions. 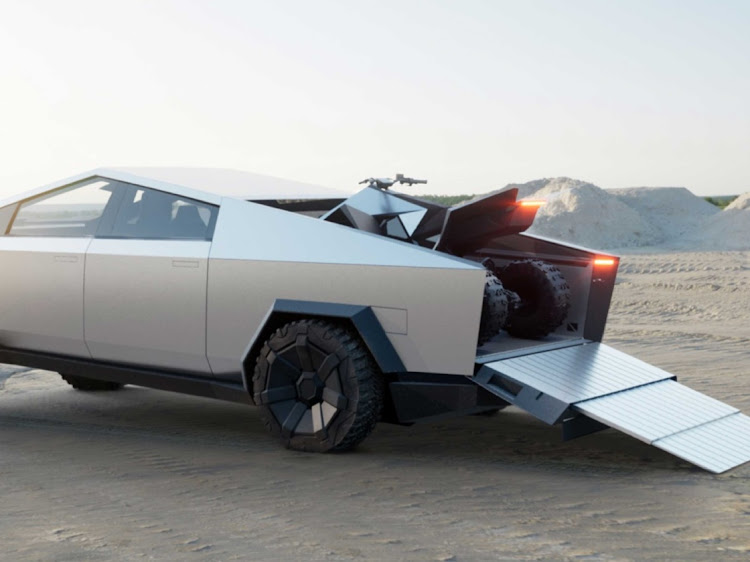 Tesla Cybertruck will get a four-motor version with the ability to drive sideways like a crab. Picture: SUPPLIED

The company will slash the number of combustion engine models in its line-up, sources say
Life
8 months ago

From the outside, the Mission R looks like the futuristic spawn of a Porsche Cayman and a Lotus Evora
Life
4 months ago
Next Article