Replacing the H1, the streamlined bus comes in nine or 11-seat options 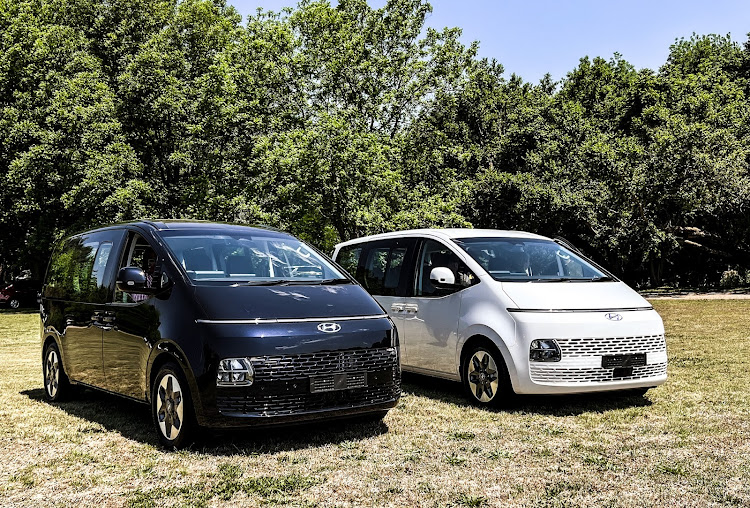 The new Hyundai that replaces the H1 has launched in SA and comes in three specification levels — Luxury, Elite and Executive and in nine or 11-seat options.

The nine-seater consists of rows in a 3,2,2,2 configuration starting from the back to front passengers while the 11-seater fills up the apertures in the second and third rows with smaller middle seats.

That’s all very clever, but the real star of the show is the look of the thing and social media was abuzz over its futuristic styling, which recalls Iron Man's helmet in its facade. It’s essentially an exciting tweak of the bland minibus brief.

With its many guises, and lots of luxury kit possible — including cup holders, USB ports, tilting seats, an eight-inch touchscreen display, wide-angle camera rear park with warning sensors front and back, a bird’s-eye view of the car for Luxury models, wireless Bluetooth, Android Auto or Apple CarPlay, a Bose sound system with 12 speakers, automatic air conditioner with rear roof air vents, cruise control, plus much more — it appeals to families and the chauffeur-driven industry alike.

The nine-seat Luxury model’s individual seats in the second row can also swivel 180° to face passengers in the third row.

Safety on the move is looked after by six airbags and three-point seat belts and headrests on all seats. Rear cross-traffic alert, forward collision-avoidance assist and blind-spot collision-avoidance assist are also available, including safe exit assist which prevents the door from opening in a situation where a passenger attempts to open the power sliding door while a rear-side vehicle is passing by.

It also has rear occupant alert which uses a radar sensor to detect and alert the driver if a rear passenger is left in the car after exiting. 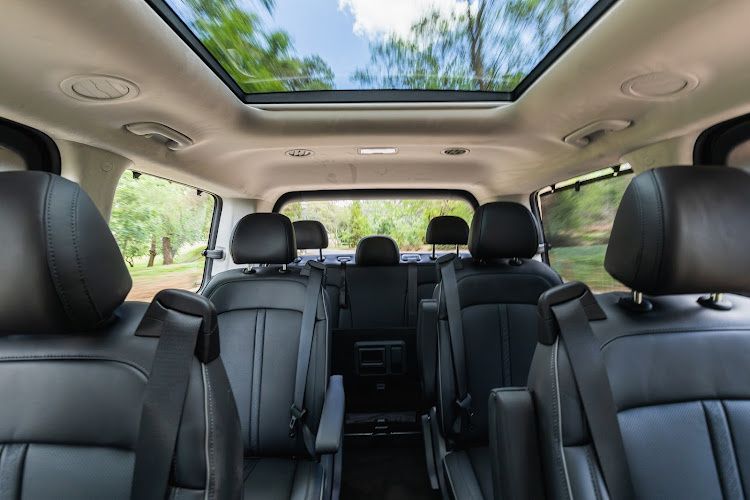 The Hyundai Staria cabin can be filled with nine or eleven seats while a more conventional five seater and panel van are on their way too. Picture: SUPPLIED

The Staria doesn’t feel too bus-like from behind the driver’s seat with a good seating position and decent visibility. All Staria models are powered by a 2.2l four-cylinder diesel motor with 130kW and 430Nm.

It pulls healthily with good damping over numerous surface types, and though large MPVs aren’t meant to be flung into corners at speed, the Staria is surprisingly agile for its size and weight.

There’s good grip and body control at all speeds from its front-wheel drive chassis with a multilink suspension at the rear axle. Hyundai SA isn’t offering a model with all-wheel drive but it will introduce five-seater and panel van versions to the local range next year.

By family or industry minibus standards the entry price into Staria ownership is affordable compared to segment peers except against the Ford Tourneo, which is R150,000 cheaper. But as a bus alternative the Staria has a lot going for it in terms of features, refinement and especially in the looks department.

Mercedes’ Vito 111 is a few-frills but versatile nine-seater