Bugatti Rimac is a marriage of two technological trailblazers, with Porsche as a strategic partner 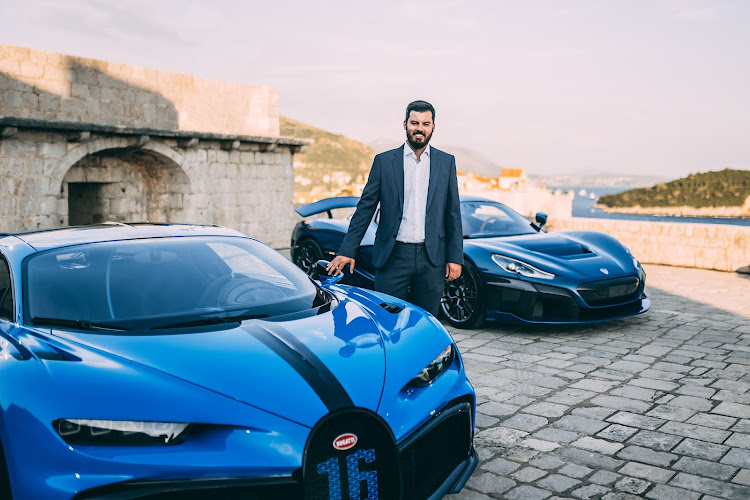 Rimac Automobili and Bugatti Automobiles have made their recently announced merger official under a new supercar company, Bugatti Rimac.

The joint venture sees Bugatti, a 110-year old boutique French firm known for 16-cylinder petrol supercars such as the Veyron and Chiron, merging with 12-year old Croatian electric supercar company Rimac Automobili. Bugatti has been owned by Volkswagen since 1998 and VW’s Porsche unit will now own 45% of the newly formed company, with Rimac holding the majority 55% stake.

Rimac’s short but rich history has seen it becoming a pioneer in electrification. Its headline act is the 400km/h-plus Nevera supercar, but it also produces drivetrains and battery systems for companies including Porsche, Hyundai, Aston Martin and Koenigsegg.

Bugatti Rimac is a marriage of two technological trailblazers, combining Rimac’s technical expertise and innovation in electric vehicles (EVs) with Bugatti’s long heritage of building some of the world’s most iconic hypercars.

“Bugatti embodies fascination and passion, while Rimac stands for innovative power and technical competence,” said Oliver Blume, chair of Porsche AG and a member of the Bugatti Rimac supervisory board.

Mate Rimac (33), founder and CEO of Rimac Automobili, is CEO of the new company.

Stephan Winkelmann, president of Bugatti since 2018, will focus exclusively on his work as CEO of Automobili Lamborghini. He has been president of both companies since December 2020.

Rimac Automobili and Bugatti Automobiles will continue to operate as separate brands and manufacturers. All Bugatti models will continue to be made by hand at in Molsheim, France. Bugatti Rimac’s global headquarters is on the outskirts of Zagreb, Croatia, where joint R&D of future Rimac and Bugatti hypercars will take place.

The group, which includes Rimac Technology, will have over 1,300 employees.

There are plans for fully electric Bugattis, but internal-combustion engines will be around for some time in hybrid vehicles, says Mate Rimac, who started his eponymous company in 2009, at the age of 21.

The Bugatti joint venture is a big leap for a garage start-up formed by one man. At 19 years old, Rimac started to convert a 1984 BMW 3 Series into an electric car in his garage. The vehicle broke several world records for electric cars and he went on to create his first electric supercar, the Concept One, in 2011.

From the outside, the Mission R looks like the futuristic spawn of a Porsche Cayman and a Lotus Evora
Life
8 months ago