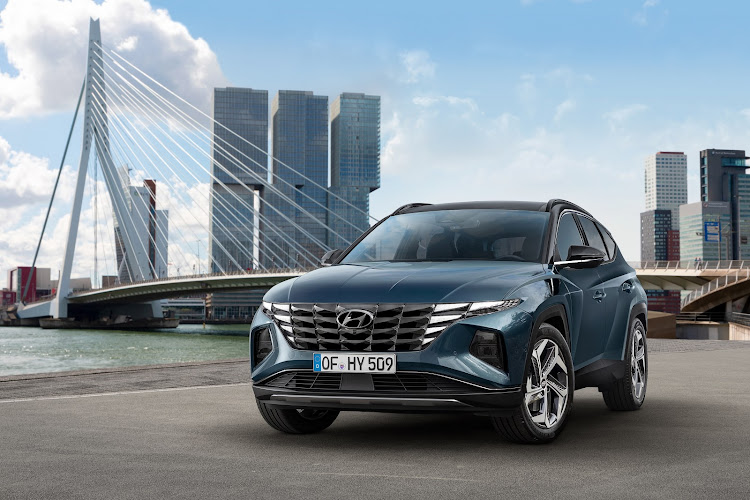 After teaser pictures released a couple of weeks ago, Hyundai has now uncovered the new-generation Tucson and revealed all the technical details.

As the teaser pics suggested, the Korean SUV has taken a bold leap with a striking new party-animal design and state-of the-art technology.

The new Tucson is the fourth generation of an SUV that has sold more than 7-million units worldwide since its 2004 launch, making it the company’s best-selling SUV globally.

The vehicle is a design revolution for the brand, featuring a bigger body than its predecessor and a muscular stance combining sharp angles and dynamic proportions in what Hyundai calls its “Sensuous Sportiness” design identity.

Most prominent are the Parametric hidden daytime running lights, which lurk unseen behind the prominent grille until they’re switched on. Then, the dark chrome appearance of the grille transforms into jewel-like shapes.

Parametric “jewels” also feature as a prominent design element on the side of the vehicle with its chiselled surfaces. At the rear, wide tail lamps with parametric hidden light details continue the design theme, and the rear bumper integrates parametric pattern details with a three-dimensional effect.

Hyundai says the interior was inspired by waterfalls, with twin silver garnish lines streaming from the centre fascia to the rear doors. The broad ridge of the dashboard blends with the doors, wrapping around front occupants like a deep gorge.

State-of-the-art technology and connectivity sees this Tucson becoming the first Hyundai to feature a full touchscreen console that dispenses with physical buttons and knobs, and the 26cm AVN-T screen fills the centre of the vehicle.

Hi-tech features include calendar integration inside the infotainment system, with users able to see their Apple or Google Calendar on the touchscreen.

Hyundai LIVE Services add real-time parking information and fuel station locations including prices, as well as weather information. Destinations or points of interest can also be sent from the app to the in-car navigation system. 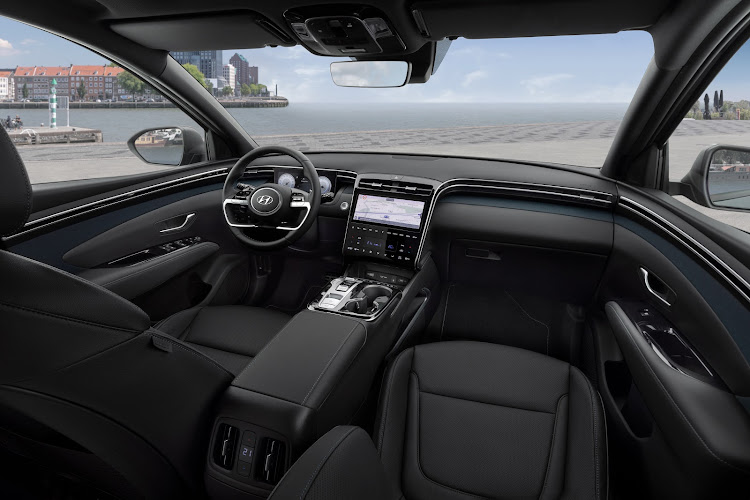 The broad ridge of the dashboard blends with the doors, wrapping around front occupants. Picture: SUPPLIED

Safety comprises a seven-airbag system which features a new first row centre side airbag, a feature unique to this segment. This prevents front row passengers from colliding with one another in the case of a collision.

Dynamic safety includes blind spot warning, rear cross-traffic collision-avoidance assist, and forward collision-avoidance assist which sounds alarms when a crash becomes imminent with cars, bicycles, or pedestrians ahead. When the driver fails to react and brake in time, the system automatically engages the brakes. The system also works when turning at an intersection.

Semi-autonomous driving features include a Lane Following Assist (LFA) that keeps the vehicle safety centred within the lane, and. A smart cruise control function not only keeps a safe following distance, but uses navigation information to automatically slow down for oncoming curves.

A safe exit warning function alerts occupants if there is oncoming traffic when they attempt to step out of the car. A Surround View Monitor shows the driver a 360° 3D view of the vehicle to assist when parking or off roading. 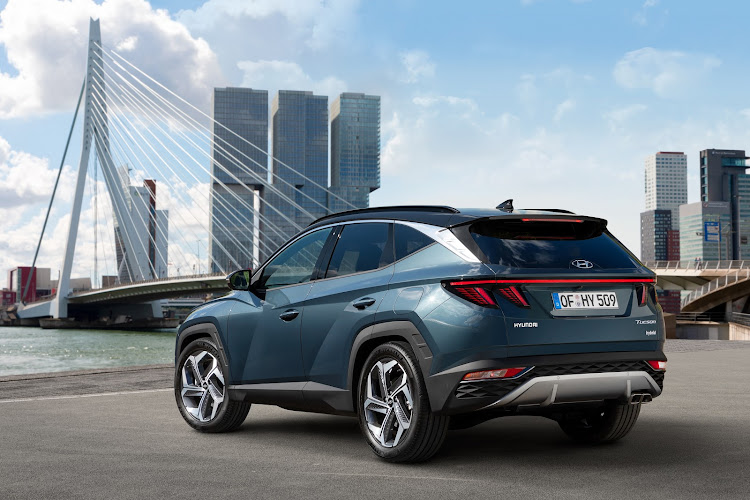 Two- and all-wheel drive derivatives will be available, and the 4x4 has a new Terrain Mode selector with Mud, Sand and Snow modes.

Customers can choose between two different suspension systems for the new Tucson, with both offering adaptive and conventional dampers for enhanced ride and handling.

A broad range of electrified models include a hybrid version which pairs a 1.6l T-GDI petrol turbo engine with an electric motor for a combined power output of 170kW.

A 1.6l CRDi diesel engine will be available with 84kW.

Hyundai SA confirms that the new Tucson will be launched locally next year.

The hot new duo is the most energetic of the Hyundai SUV species.
Life
1 year ago

The Koleos is a space ace

Renault’s family-friendly SUV is roomy and well priced, and has a charging point for everyone
Life
1 year ago

RAV4 will rev your sensibilities, not your senses