Sable International predicts an increase in the amount of visa nominations available in certain skill sectors: find out if you qualify 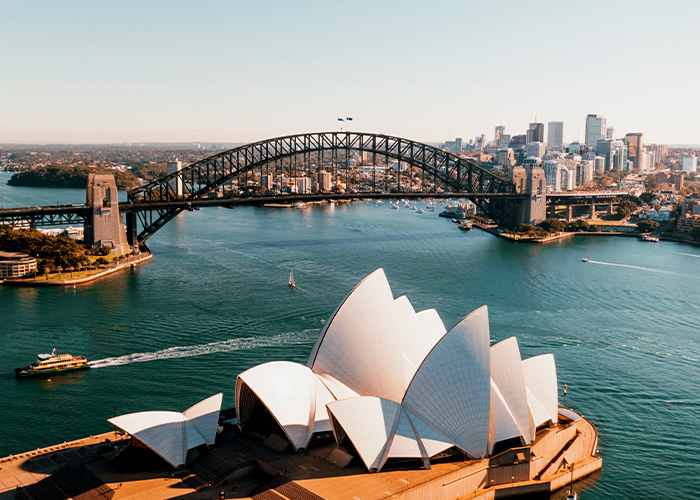 When Covid-19 hit in 2019, Australia was one of the first countries to close its borders in an effort to stop the virus from spreading to its population.

But two years later, with vaccination numbers on the rise and Covid-19 protocols in place, Australia is looking to get back to a normal life.

The borders are starting to reopen to travellers, international students are being welcomed back, and offshore skilled migrant labour won’t be far behind, says Sable International, a company specialising in cross-border financial and immigration advice and solutions.

Historically, Australia has been a country built on migrant labour, and bringing skilled migrants into the country has helped develop the economy.

But despite skilled migrant labour being such a fundamental building block of the Australian economy, when Covid-19 hit, the Australian government focused its support on local businesses and its own citizens. Temporary migrant workers had no choice but to return home when their industries shut down.

This means that Australia now has a shortage of temporary workers across myriad of industries such as construction, engineering, nursing and ICT, to name just a few.

The government has invested a lot of money in infrastructure projects, building roads, railways and hospitals and while this is great for the country, it has put extra pressure on an already strained labour market.

Now that the world is coming out of lockdown, Australia is in a position where it can welcome skilled migrants back to the country and do something to address these shortages.

This is why Sable International predicts that, from July 1 2022 when the federal government sets the new budget for the year, it will also increase the amount of visa nominations available to the state governments. Individuals in these shortage areas can then be invited to apply for visas.

Historically, the Skilled Independent visa, subclass 189, was the most coveted visa, because if you scored a certain number of points and you worked in a certain occupation, this independent visa would allow you to live and work in any part of Australia.

The problem with that visa is that it was ineffective in addressing skills shortages in specific areas of the country. So, while it’s not been done away with, there are few invitations extended for it.

Sable International believes the federal government will redirect the quotas from subclass 189 to state-nominated visas such as the Skilled Nominated visa, subclass 190, and Skilled Work Regional Provisional visa, which is subclass 491.

While Australia has eased some of the restrictions for temporary employer-sponsored visas, it can be difficult finding an employer to sponsor you.

However, there might be an opportunity for you to come to Australia on a state-sponsored visa if you find work in a high demand occupation, of which there are between 40 and 60, depending on the regional skills shortage list you look at, and if you have the relevant skills, education, qualifications and experience.

As of now, the state governments don’t have enough quotas of these visa types to hand out to offshore workers, which is why you will only be provided with one if you are already living and working in one of the Australian states.

This is why Sable International thinks that state-nominated visas will be a high priority for the Australian federal government.

It will be a way to put pressure on the state governments to define what their own local labour market needs are and produce their own lists, which will get them a larger quota of visas.

How you can secure an Australian visa

What does this mean for you as an overseas worker?

If you can fulfil an occupation on the Australian skills shortage list, Sable International recommends that you get all your documents in order so that from July 1, you will be ready to submit your application.

There will be a high demand for these visas and the competition will be fierce.

These are the documents and certificates you should get in order:

Thinking of migrating to Australia? Get help from the experts

Should you need advice about going to Australia as a skilled worker, please join Sable International at its free global citizenship and residency consultations in February and March.

Sable International will be visiting various locations around SA and you will have the opportunity to talk to one of its Australian consultants about your options.

Alternatively, you can take this simple online Australian visa assessment or you can get in touch with Sable International at migration@sableinternational.com or by calling +27 (0) 21-657-1526.

Sable International’s registered migration agents can offer you expert advice and representation for moving to, and gaining permanent residency in, Australia.

How studying abroad can be a springboard to immigration