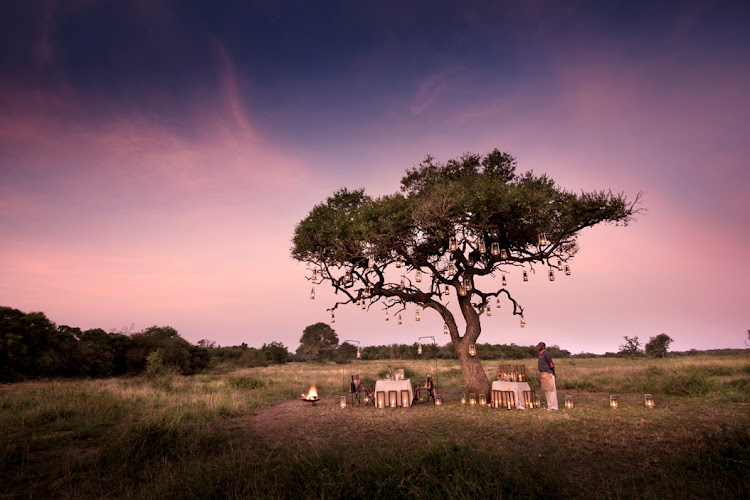 Travel can be a powerful catalyst for a mindset change on conservation, says luxury safari outfit AndBeyond. Picture: ANDBEYOND

“We don’t have a lot of time,” says Beks Ndlovu, founder of African Bush Camps, of the scramble to preserve Africa’s wilderness areas, which are increasingly threatened by environmental factors such as climate change, human-wildlife conflict and a lack of funding. With 15 lodges across Botswana, Zimbabwe and Zambia, Ndlovu is on the front lines of a battle that he says “is closing in on us”.

Nvodlu is among the safari operators that have realised in the past year that the current tourism model needs a rethink, despite decades of insistence that visitor revenues would sustain wilderness areas, surrounding villages and the animals. That is partly because of Covid-19, which halted visitor revenues and left tourism-funded reserves across Africa unable to pay their rangers and antipoaching units. And it is partially due to long-accepted industry norms, which include hefty travel agent commissions that chip away at profits that can be directed towards conservation.

After months of scrutinising their balance sheets, a radical band of change makers is rethinking the business model of the safari industry — questioning the travel agency fees, requesting that more money be redirected into conservation and creating transparency about where travellers’ money is actually going.

Their hope is to tip the scales into balance so tourism dollars are not leaking out to middlemen but rather fortifying the communities and conservancies that travellers are paying to visit. Big ambitions translate into big risks (such as limiting the client base) that could imperil business overall. Still, those involved see no other way of securing these wilderness areas for generations.

Most travellers heading on safari in Africa use travel agents to help untangle the complicated logistics that can be hard to understand from afar. The amount of work the agents do can vary greatly. While some weave together complicated one-of-a-kind itineraries, others just repeatedly copy and paste the same trip package.

Usually, safari companies pay for these services through commissions; without the agents, operators have a harder time generating leads through marketing, and an agent’s referral can warrant as much as 40% of the total trip cost. That could mean $20,000 off a $50,000 booking, leaving the remainder to cover such costs as labour, operations, admin, food and upkeep.

Each safari company works differently. For African Bush Camps, more than 50% of gross turnover goes back to the staff, who are hired from local communities. Just 2.5% of the turnover is left for conservation and community initiatives, which are run through an in-house foundation.

It’s absurd that someone could make $300 on a bed night, simply for booking it

“It’s the greatest Robin Hood industry in the world,” says Giles Davies of the high-end safari industry. As founder of Conservation Capital, Davies develops financial and business-driven solutions to support conservation areas; he says few other industries funnel dollars from the West to “remote frontier environments” as well and efficiently as this one does.

Still, Davies argues that the industry stands to do far better.

“It’s absurd that someone could make $300 on a bed night, simply for booking it,” he says of the large travel agent commissions.

Travellers also simply sign on the dotted line with no understanding of how their money pays out.

“If you go on safari in Kenya and pay $100, [you’re lucky if] $5 goes to conservation,” Davies continues. “The whole asset is getting 5% of the value chain. That isn’t right.”

Ndlovu says: “We can’t be handing out commissions.” The trade has become lazy, selling whatever is easiest.

Ndlovu used downtime during Covid-19 to reset and strategise his business model, which was greatly affected during the pandemic. Even though none of his staff was laid off, everyone took pay cuts.

“I don’t know another industry that gives away so much from its bottom line,” he says. That is why he has committed to working with fewer agents — ones who believe in his mission — and reducing commissions 5% in the coming year. By 2022, African Bush Camps plans to max out commissions at 25%, as opposed to 30% and up.

Bringing bookings in-house is not going to happen soon; doing so would require great investment in technology and staff.

Siphoning more conservation funds from each booking is only the first step, Ndlovu argues. A further way forward is to be more selective about his guests to maximise the odds that they will be mindful travellers and, hopefully, philanthropic givers. He is asking the sympathetic travel agents to have more detailed conversations with potential clients to educate them about the fragile ecosystem and its fundraising challenges before they solidify plans.

In addition, the company is now charging a $20 conservation fee per person per night (up from $10 previously), with the aim to double or triple the figure by 2025.

Children are not eligible for Covid-19 vaccines, but high-end travel companies have introduced themed getaways for families
Life
1 year ago

It is not a huge sum, coming to less than $300 per week per couple — though it comes on top of rates that can hover around $1,500 a night. But every bit helps. If the new barriers turn away some business, so be it, Ndlovu says. “They have to have the same philosophy as us,” he says of his clientele.

“There are two kinds of travellers,” she says. “The kind that travel to see the world and the kind that travel to connect with it. We’re for the second kind. However, travel can be a powerful catalyst for a mindset change — and by screening out guests you lose the opportunity to convert them.”

Ndlovu has found some enterprising allies in a few companies. One-year-old start-up Niarra Travel, for instance, offers the same booking services as a travel agent for just a 10% commission.

“Our message to travellers is: 25% of your money is actually going to reach the destination,” says founder Byron Thomas.

For Nicola Shepherd, founder of the UK-based Explorations Co, a philanthropically motivated travel planning organisation, most itineraries factor in some form of “giving back” through hands-on positive-affect initiatives such as collaring an elephant or lion so that it can be tracked by conservationists. (The cost runs from $5,000 to $15,000.) These experiences are not positive only for the environment but offer guests unique experiences.

Shepherd’s clients are also automatically charged a charitable fee that is matched from the company’s profits. If clients aren’t interested in contributing, Shepherd recommends that they book their vacation elsewhere. “We are, first and foremost, a philanthropic safari and travel company,” she says. 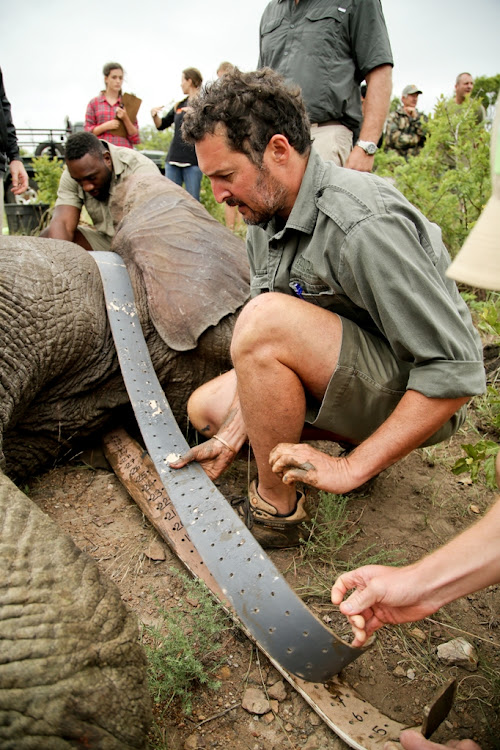 In central Kenya, Borana Lodge, an eight-cottage property in a 12,950ha rhino sanctuary, is taking another approach. Michael Dyer, its MD and owner, is hoping to take more direct bookings and bypass agents altogether. To do so, he is building up a reservation department in-house and working with a Kenyan start-up to create software that will help manage bookings and offer dynamic pricing. Dyer is confident that younger guests will come to prefer online bookings, but it all requires a marketing rethink.

AndBeyond’s Robinson says that, in her company, this approach would be “commercial suicide”. Exposure through travel agents to a wide variety of marketing channels was a lifesaver during the pandemic, she says. In fact, the agents represent a large enough share of business for AndBeyond to have decided to prepay their commissions to help them get back on their feet.

Their value is at an all-time high thanks to the complexity of Covid-19 travel requirements.

Dyer is convinced that bold changes need to be made. He is even committed to giving 24% of Borana’s earnings back to conservation, no matter the rate or season; his ability to do so will depend on earnings from his other commercial enterprises, which include lodges, an equestrian safari company, and agricultural businesses.

He is also boosting transparency with an audited website tool that helps travellers see exactly how their dollars are allocated.

He hopes this approach will inspire others to do the same. But getting broad traction will require many stakeholders to coalesce around fixing the broken value chain, starting with national and local governments (which can impose tourism levies to fund conservation), travel agents, and guests.

At the very least, Dyer has the ear of Conservation Capital’s Davies, who is working with him to lobby for tax relief and create best practices around conservation fees that can be shared across the industry.

Educating consumers is half the battle. “If you can get travellers asking the right questions, they will make more informed decisions on where they go,” Dyer says.