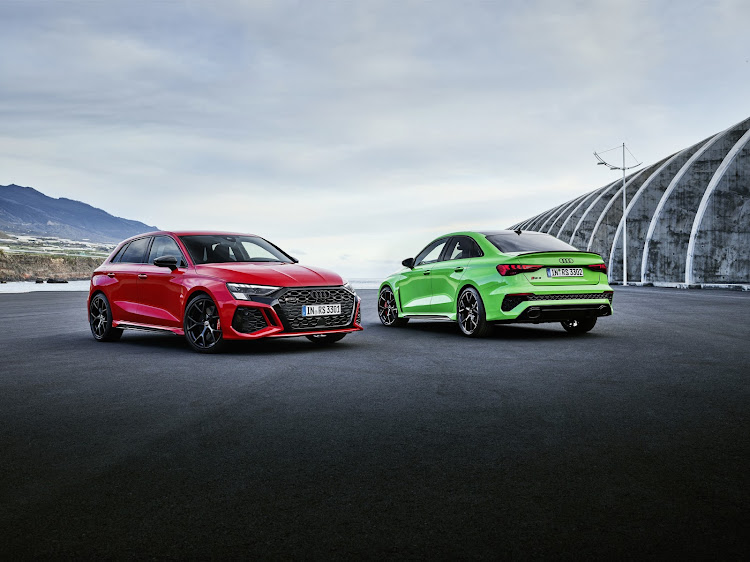 Audi has unleashed its latest RS3 Sportback and Sedan, and confirmed they will be coming to SA in the second half of 2022.

Boasting improved performance and a new drift mode, they represent the entry point into Audi’s RS family and are the high-performance variants of the new fourth-generation A3 that was launched overseas a year ago.

Both body styles of Audi’s compact high-performer boast 3.8 second 0-100km/h sprints and electronically-governed 250km/h top speeds, though 280km/h is available as an optional upgrade. The RS Dynamic package with ceramic brakes further boosts it to 290km/h.

Power comes from a five-cylinder 2.5l petrol turbo engine carried over from the previous RS3, which sends an unchanged 294kW to both axles via quattro drive, though torque is tweaked by 20Nm to 500Nm.

Midrange acceleration is improved by making the maximum power available at lower rpm, while the seven-speed dual-clutch transmission has short shifting times and a sportier gear ratio spread.

The new RS3 is the first Audi to come standard with a torque splitter. Replacing the rear axle differential and multiple disc clutch, it uses an electronically controlled multiple disc clutch on each of the driveshafts and increases power to the outer rear wheel with the higher wheel load, which reduces understeer.

The system boasts a playful drift mode where the torque splitter directs all of the power to only one of the rear wheels.

The exhaust system features a new, fully variable flap control system with intermediate positions for a broader range of sounds, while an optional RS sports exhaust system lays on even more vocal emotion.

The exhaust sound can be adjusted using the Audi drive select driving dynamics system, which comes with a new racetrack-specific RS Performance mode tailored to the semi-slick tyres that are available as a factory option. 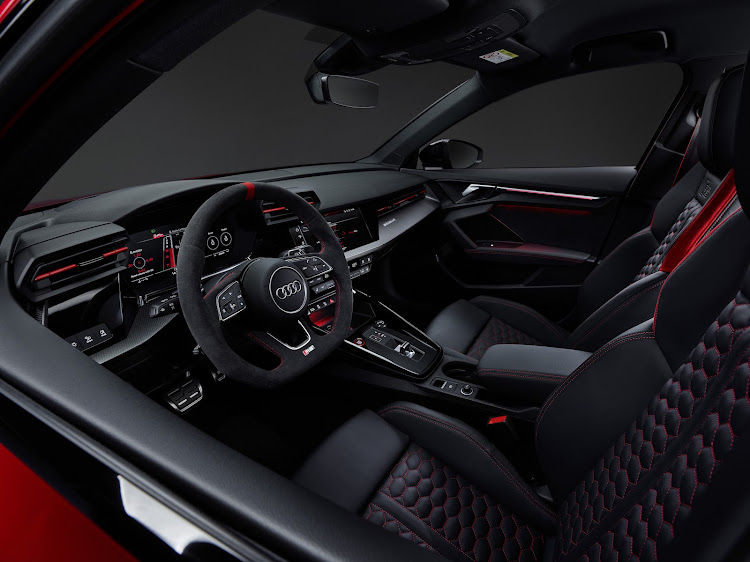 Visually, the RS3 shows it’s the apex predator in the A3 range with its widened body, RS sports exhaust system, and distinctive honeycomb singleframe grille with larger air intakes. Sporting aggression at the rear includes an RS-specific rear bumper with integrated diffuser, and the RS exhaust system with a pair of large oval tailpipes.

Prices will be announced closer to the launch date.

It's been a long wait but VW's hot hatchback finally arrives in SA, and it's cheaper than its rivals
Life
1 year ago

Mercedes-AMG A45 S is fast and fearsomely pricey

Merc’s new charger is SA’s hot-hatch king, and also the first to exceed the R1m mark
Life
1 year ago
Next Article