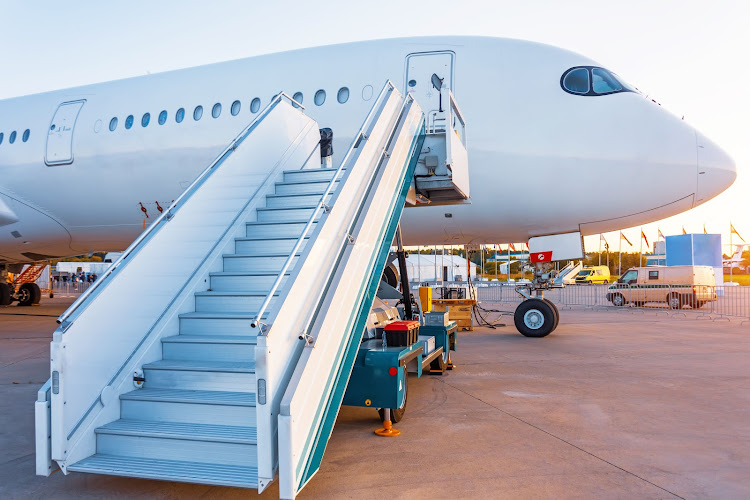 Countries that have quickly rolled out coronavirus vaccines are only cautiously reopening for international travel, a sign it will take time for a hoped-for rebound in air traffic to develop.

UK airline capacity remains stuck at about one-tenth of 2019 levels, as the government weighs a May 17 target to restart international travel. Israel, where almost 55% of the population has been fully vaccinated, is preparing to welcome visitors in groups from May 23 if they can show they’ve had the jab.

Decisionmakers face a tough balancing act. A second consecutive summer without significant air travel would deal a major setback to an already struggling aviation industry, and to hotels, shops and restaurants that rely on tourism.

Meanwhile, there are concerns that premature reopenings will help spread newer strains of the coronavirus and undermine progress towards slowing the spread of the disease.

The US may provide a test case. The country has struggled to keep infection rates down, even as a powerful vaccination campaign gathers pace. While international trips to most destinations are still off-limits, domestic capacity is ramping up, with airlines planning to add flights in coming weeks.

Chile is already in full retreat. The Latin American country secured supplies from China’s Sinovac Biotech and has fully vaccinated more than a quarter of its population. After reopening for air travel in November, it has now backtracked, closing its borders to most in April in response to a spike in Covid-19 cases.

In the UK, about half the population has received at least one dose. The government, determined to protect hard-won success bringing down infection rates, has said it’ll look at the data early in May on which countries should be green-listed in its traffic-light system, before making a final decision on the May 17 target to lift the ban on non-essential travel.

Airlines have clamoured for Britain to lead the way towards a reopening in the region. Wizz Air Holdings CEO Jozsef Varadi said this week he is no longer counting on a rebound in European air travel during this summer’s high season, citing travel restrictions and problems with vaccine rollouts.

Israel has led the world in vaccinations, and while eager to restart tourism, the government has said it will reopen only in stages starting on May 23. Groups will go first because they’re easier to monitor, Haaretz reports. No date has been set to allow individual travellers, and health officials will be monitoring infection rates before making a decision.

The nearby United Arab Emirates has remained open to air travel for months, while focusing on rapid vaccinations. Yet its long-distance hubs in Dubai and Abu Dhabi are hovering at about 50% of capacity, dependent on big countries in Europe and Asia to lift curbs.

Asia has generally relied on social-distancing measures to keep infection rates low. Singapore has one of the region’s highest vaccination rates, with about 20% of its population receiving at least one dose. Visits from low-risk countries such as New Zealand are allowed in certain circumstances. Under one programme, business visitors stay in a confined zone near Changi Airport and conduct meetings with locals through a glass wall.

Dominant Singapore Airlines has been hit hard by travel restrictions because the city-state has no local aviation market. The government is in talks with several countries to set up air travel bubbles, including Hong Kong and Australia.

Hungary has administered at least a first vaccine dose to more than 30% of its population. Still, daily infection levels remain elevated, and virus mortality is among Europe’s highest.

While foreigners are still barred from entry for personal travel, the East European country has kept its borders open for freight transit. With airline capacity 92% below 2019 levels, the government is eager to host vaccinated soccer fans in June at the Euro 2021 soccer tournament.

1.
All-new Toyota Land Cruiser 300 heads for SA soon
Life / Motoring
2.
Faux meat is the future and coming to a plate ...
Life
3.
Mbalula extends driver’s licence grace period to ...
Life / Motoring
4.
Wine matured in space expected to fetch more than ...
Life
5.
Flailing around in the foam: my life as a ...
Life

How to... Set up a formal assessment system

1.
All-new Toyota Land Cruiser 300 heads for SA soon
Life / Motoring
2.
Faux meat is the future and coming to a plate ...
Life
3.
Mbalula extends driver’s licence grace period to ...
Life / Motoring
4.
Wine matured in space expected to fetch more than ...
Life
5.
Flailing around in the foam: my life as a ...
Life

How to... Set up a formal assessment system