Costs set to soar and consumers will bear the brunt

Headline inflation that’s being stoked by near record-high fuel prices and surging electricity and food costs, may prompt the Reserve Bank to raise its key interest rate on January 27 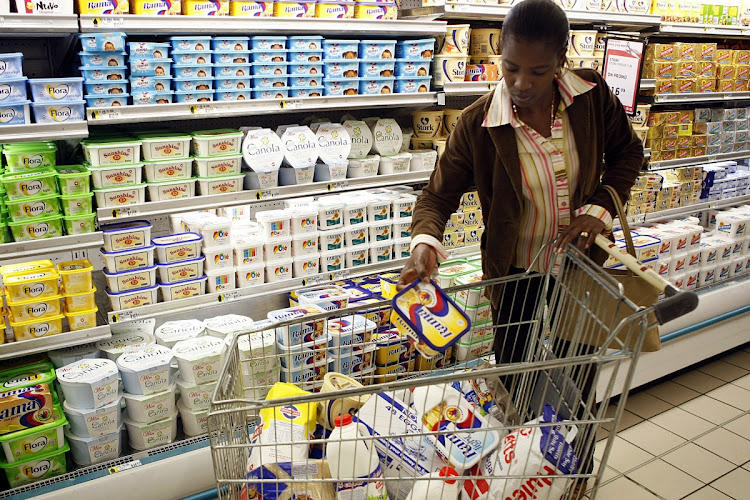 SA’s consumers are in for another difficult year, with energy and fuel prices likely to surge and the central bank and government set to remove the stimulus that’s helped them cope with the damage caused by the coronavirus pandemic.

Consumer prices rose 5.9% in December, taking the average inflation rate for 2021 to 4.5%, according to the statistics office. It’s forecast to quicken to 4.9% in 2022, according to the median of 21 economists’ estimates in a Bloomberg survey.

Headline inflation that’s being stoked by near record-high fuel prices and surging electricity and food costs, may prompt the central bank to raise its key interest rate on January 27, and stick to the aggressive rate-hike trajectory that its modelling shows.

The bank raised the benchmark for the first time in three years in November and its quarterly projection model, which the monetary policy committee uses as a guide, indicated one 25-basis-point increase in each of the next 12 quarters.

While higher rates should reduce the cost of living over the medium- to long-term, they’ll initially hurt households with debt. The ratio of household debt to disposable income stood at 67.8% in the third quarter, central bank data show. 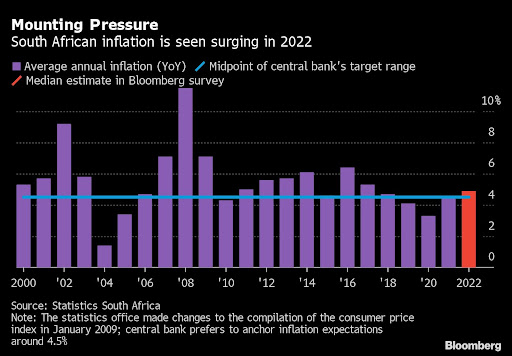 The expiry of a monthly state welfare payment of R350 ($22) in March is also expected to weigh on consumers, particularly in the least-affluent income group that earns less than R2,500 a month. Its reinstatement after deadly riots in July significantly bolstered sentiment among low-income households in the third quarter.

Increased pressure on consumers would weigh on the recovery of an economy in which household spending accounts for about 60% of GDP.

Inflation is creeping towards the top end of the Bank’s target range, justifying an increase in line with tighter monetary policy worldwide, ...
National
3 months ago