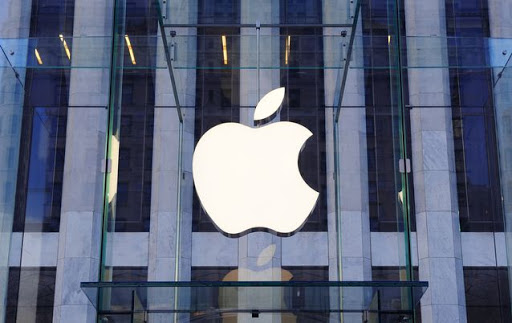 New York —  Apple made Wall Street history on Wednesday when its 2020 stock surge pushed the market value past $2-trillion, the first time a US company has surpassed that level.

Shares of the iPhone maker rose as much as 1.4% to $468.65 in midday trading. The stock has more than doubled off a March low, in a rally that has been driven by strong earnings results and optimism over its coming 5G iPhone.

The gains have solidified Apple’s position as the most valuable company in the world. While Saudi Aramco briefly boasted a $2-trillion valuation in December, shares of Saudi Arabia’s national oil company subsequently dropped, and it now trades with a market cap of about $1.8-trillion. Among US companies, Apple is trailed by Amazon and Microsoft, the second- and third-largest US stocks, both of which have market caps under $1.7-trillion.

Even amid a global economic slump that has led to record unemployment and sent many countries into recession, Apple last month reported quarterly sales that far exceeded forecasts as consumers snapped up new iPhones, Mac computers and iPads to stay connected during Covid-19 lockdowns. The pandemic also led to elevated usage of Apple’s services like iMessage, Siri and FaceTime.

At a time when technology’s top executives are being dragged in front of US legislators to defend their companies’ spiralling size and influence, the sight of Apple doubling in a year is unlikely to burnish its image with critics. Its current market value is only slightly smaller than the entire Russell 2000 Index of small-cap stocks, a gauge that has fallen in 2020 as pandemic shutdowns punish the US economy.

Apple’s market-cap doubling to $2-trillion took two years, compared with the four decades the company took to hit $1-trillion in 2018.

Logan Purk, an analyst at Edward Jones, reiterated his hold rating on Apple shares, recommending that “new money look elsewhere in the tech space” for better opportunities. For Apple, “the big catalysts are fairly well priced in, the 5G iPhone especially”, meaning that “there aren’t a lot of stones left unturned”.

Epic says Apple has become what it once railed against: ‘the behemoth seeking to control markets, block competition, and stifle innovation’
Companies
11 months ago

Tech firms are expanding their manufacturing base to India, Southeast Asia or the Americas, hastened by the US-China tech face-off
Companies
11 months ago
Next Article