Rusal plans spin-off and changes its own name to AL+

AL+ to focus on the production of low-carbon aluminium 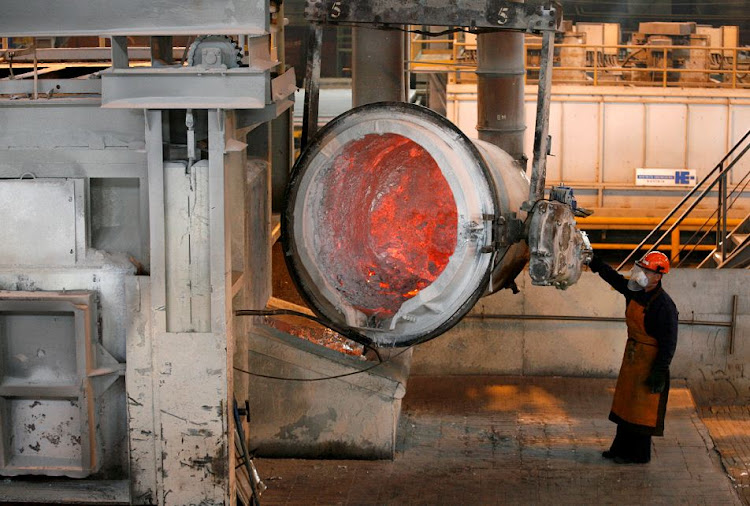 A worker operates a mixer of fused aluminium at a Rusal foundry outside the town of Sayanogorsk in Russia. Picture: REUTERS

Moscow — Russian aluminium producer Rusal said on Wednesday that it would demerge its higher-producing carbon assets into a separate company as part of its goal to achieve carbon neutrality by 2050 and will change its own name to AL+ as part of the process.

Hong-Kong listed Rusal is the world’s largest aluminium producer outside China, which mainly uses hydropower for its production. Chinalco is the largest and Rio Tinto ranks fifth.

The assets it separates — five older aluminium smelters, four alumina refineries and two bauxite mines in Russia — will form a new company, yet to be named, which will focus on upgrading its technology.

The restructuring will leave three of four of those smelters facing a 10-year technology upgrade, which will start in 2021 and for which investments will peak in 2022-2027, within the new separate company.

En+, Rusal's parent company, said in a statement that the new separate company should be a public one, listed in Moscow.

It also wants shares of the new company to be allocated between all Rusal shareholders, but the final decision has yet to be made.

EU will refrain from increasing tariffs and both sides will engage in a dialogue about overcapacity in the steel industry, says commissioner
World
1 month ago

The world’s top producer of refined nickel and palladium plans a very modest push towards climate goals for a company that pollutes as badly as ...
Companies
6 months ago