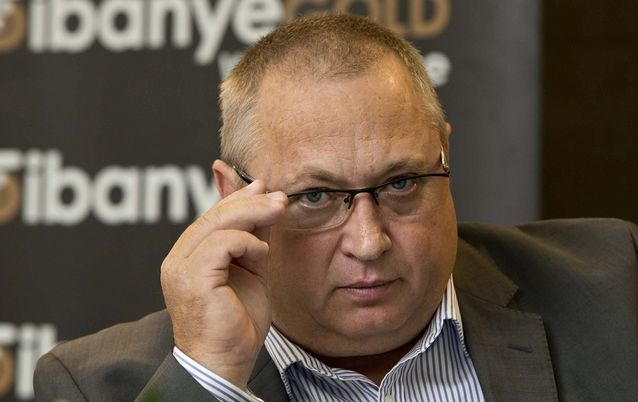 Sibanye-Stillwater’s gold mines reported a tough quarter, with a dramatic fall in production and ballooning costs that swamped the received gold price and forced a second downward revision in full-year production targets.

Sibanye’s shares quickly lost more than 10% after the results were released, with one analyst referring to them as, “Overall, a negative set of results.”

Sibanye did not release full financial results in the quarterly update, but reported a metric it calls adjusted earnings before interest, tax, depreciation and amortisation (ebitda), which fell to R1.6bn from R2.7bn a year earlier. Adjusted ebitda is used to assess its debt covenants.

Sibanye said reduced gold production, higher costs and deferred metal sales into the fourth quarter in the US at the request of one of its clients had contributed to the 40% fall in adjusted ebitda.

Sibanye, which has aggressively added platinum group metals (PGMs) from SA, Zimbabwe and the US to its asset suit, would have been in dire straits if it had remained just a gold producer.

The contribution of PGMs from Southern Africa and the US to group adjusted ebitda grew to 85% from 49% in the same period a year earlier, highlighting how important these businesses were to Sibanye. Gold accounted for 15% of adjusted ebitda.

Sibanye pushed back its expected completion date for the all-share takeover of world number three platinum miner Lonmin to January 2019 from the end of 2018 due to a delay in the hearing of the matter by SA’s Competition Tribunal.

The three gold mines in SA, as well as two months of gold output from the 38% owned tailings retreatment specialist DRDGold, generated 308,922oz of gold for the three months to end-September, down from 372,172oz in the same period a year earlier.

Sibanye’s gold mines produced 24% less gold than a year ago “reflecting the continuing trauma on the organisation from the tragic safety incidents in the first half of 2018, the ongoing rehabilitation of seismically affected production areas and the suspension of underground mining at the Cooke operations in late 2017.”

Sibanye had a dismal first half of the year, with 21 people dying on its mines. The company noted that it had a vastly improved third quarter on the safety front.

“The ongoing effects and the trauma caused by the first-half safety incidents have been more severe than anticipated, resulting in 2018 annual guidance being revised accordingly,” said CEO Neal Froneman.

As a result of the poor performance at its gold mines, Sibanye lowered its full-year production target for the second time this year, forecasting output in a range of 1.13-million ounces and 1.16-million ounces at an all-in sustaining cost of up to R565,000/kg.

Painting a positive picture for the balance of the year, Froneman said the rand’s weakness and improved metal prices boded well for Sibanye.

“Together with the rand regressing to seemingly sustained weaker levels, the outlook for the remainder of the year appears to be more positive,” he said.

Excluding the 50% stake in the Mimosa mine in Zimbabwe, underground mining costs in SA increased by 6% to R11,720/oz of the four metals “reflecting the above-inflation increases in wages and electricity costs, as well as higher winter power tariffs”.

In the US, the Stillwater mines increased production of palladium and platinum by 3% to 139,178oz, with all-in sustaining costs rising to $769/oz from $695/oz because of “higher maintenance costs and  planned outages at the metallurgical complex, as well as the temporary deferral of by-product sales due to the September month stock take at the third-party refinery.”

The rebuilding and expansion of one of the furnaces at the Columbus metallurgical complex serving Stillwater meant recycled palladium and platinum fell to 144,585oz from 197,300oz.

Comments reflect industry concern about whether the latest charter can reconcile the expectations of the ANC’s constituency and the need to ...
Companies
3 years ago

The PGM assets around Rustenburg and in the US performed strongly, but the gold division was the stand out disappointment in the period
Companies
3 years ago
Next Article