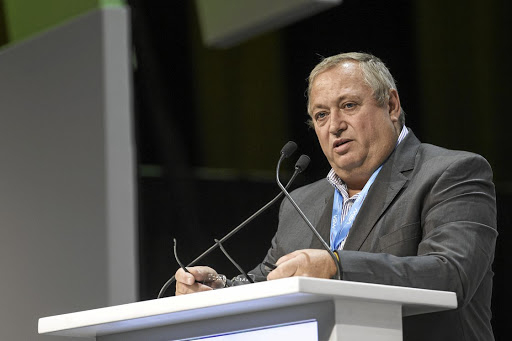 His comments reflect industry concern about whether the latest Mining Charter can reconcile the expectations of the governing party’s constituency and the need to attract investment into a deeply troubled sector that has seen the number of jobs halve in three decades to about 460,000.

Debate on land expropriation without compensation has further unsettled investors at a time when sentiment towards SA is at a low, threatening President Cyril Ramaphosa’s drive to attract R100bn in investment.

“We’re very close to a point of no return where this is not recoverable,” Sibanye-Stillwater’s Froneman said in an interview.

“If we continue with policies that are not investor friendly and are totally populist that will be the end and there’ll be no recovery from it,” he said. The intention of the ANC to drive land expropriation without compensation — possibly amending the constitution — was drawing international attention. “It doesn’t sit well with investors in SA or abroad.

“Investors need certainty in their rights. If you’re going to promote a policy like this, then it should have been well defined to remove this uncertainty,” Froneman said.

The move on land by the ANC, and by extension the government, was seen as the start of greater interference in the broader economy.

“There is no guarantee that expropriations will ultimately be limited to land; once momentum begins to build, it is probably inevitable that they will extend to other spheres of the economy,” said the Institute of Race Relations.

“Based on a string of attempted policy and regulatory changes over the past decade, it is likely to entail significantly enhancing the discretion of the government to intervene in and abridge the property rights of individuals and businesses,” it said.

There had to be a concerted effort to address deep investor scepticism about the country and the unremitting stream of bad news from the mining industry to remove the “SA discount” on local mining shares compared with international peers, Froneman said. SA’s mining industry had to work with new minerals resources minister Gwede Mantashe to reverse the “incredible damage” done to the local and international perceptions of the sector by his predecessor, Mosebenzi Zwane, he said.

Froneman lauded Mantashe’s saying on Wednesday that he wanted controversial and long-delayed amendments to the Mineral and Petroleum Resources Development Act to be scrapped.

In the works since 2012, the amendments have been fraught with legal problems.

The Minerals Council SA said Mantashe’s comments were “sensible”, but it wanted a fresh attempt at amendments by drawing on the work done between the lobby group and the department in the past six years.

Another problem for the gold sector were the wage talks. The National Union of Mineworkers this week declared a dispute with the council, raising the possibility of a strike.

Froneman said the unions in the talks needed a “reality check”. If their demands were acceded to in their current form it would be an unmitigated disaster for mining companies, he said.

The PGM assets around Rustenburg and in the US performed strongly, but the gold division was the stand out disappointment in the period
Companies
3 years ago

EXCLUSIVE: 'This is no land grab', writes Cyril Ramaphosa

In this article, published in London's Financial Times, President Cyril Ramaphosa explains how land expropriation without compensation will work
Opinion
3 years ago
Next Article

Selling it forward the best option for Sibanye

Selling it forward the best option for Sibanye