Charlie Nunn will take over the reins at a leaner, more profitable bank with an eye on post-pandemic growth 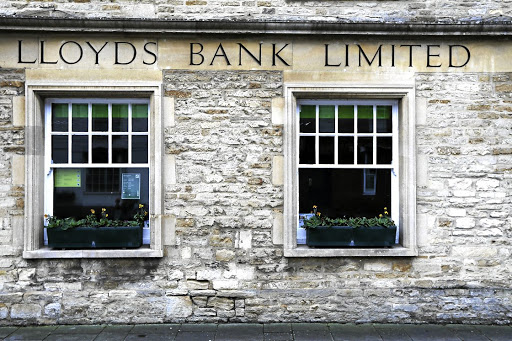 Lloyds Banking Group’s incoming boss, Charlie Nunn, inherits one of Britain’s biggest jobs in finance next week, with its wealth offering and pandemic recovery at the top of his to-do list.

Nunn, who previously led wealth and personal banking at HSBC Holdings, is joining days after Lloyds announced the acquisition of Embark, an online savings platform that it hopes will attract more retail customers to its wealth services. Then there’s a joint venture with investment manager Schroders, which has funds of about £14.2bn and ambitions for more “mass affluent” clients.

“This should be an important growth segment for Lloyds,” said John Cronin, an analyst at Goodbody. The Embark acquisition “appears to be a sensible use of capital”, he said. “It warms shareholders up for more activity in this domain and we see the new CEO pivot the business further in this direction.”

Nunn has been getting up to speed in recent weeks, familiarising himself with parts of the business that might need changes. “He understands that a bank must be continually improving efficiency,” said David Herro of Harris Associates, who has held Lloyds shares for more than 10 years and has recently met Nunn. Herro said the new CEO should look to grow the wealth unit “if this can be done in a sensible and economic fashion”.

Antonio Horta-Osorio, who stepped down as Lloyds CEO at the end of April, became a household name over a decade-long tenure that started in the shadow of the financial crisis. He cut thousands of jobs and billions of pounds in costs, closed overseas units and restored the bank to profitability and full private ownership. Nunn has a fresh predicament to navigate: how to make Lloyds prosper in post-pandemic Britain.

Lloyds has more than 17-million current account customers —  equivalent to one in every four Britons. The bank believes more of them should be getting its help on where to put their money, boosting its wealth and insurance arm, which makes just over 9% of net income, according to its half-year earnings.

The business had a difficult pandemic. Net income dropped 38% last year, while Schroders Personal Wealth (SPW) clients pulled a net £200m even as Britain underwent a savings boom. The bank experienced “some delays” in growth plans set by Horta-Osorio and in February it pushed back targets for becoming a top three player in UK wealth by two years to 2025.

With branches hamstrung by successive Covid-19 lockdowns, fewer potential clients were referred to the group’s in-house wealth advisers last year. Britain has since lifted most of its pandemic restrictions, and referrals have more than doubled since the second half of 2020, Lloyds said at last month’s earnings.

It’s a competitive market, with wealth managers such as St James’s Place and Hargreaves Lansdown using networks of advisers built over decades to attract business. Competition is also coming from new rivals such as JPMorgan Chase, which has bought digital wealth manager Nutmeg Saving and Investment, and Goldman Sachs Group’s Marcus offering.

The bank has already made job cuts to address some of the issues in wealth. Before Christmas, the SPW unit’s top managers were instructed to cut costs, a person familiar with the matter said. Senior staff were let go and bonuses were axed in line with the rest of the bank.

The changes came after SPW CEO Peter Hetherington stepped down in June 2020 after less than a year, and the firm brought in Mark Duckworth to take charge. Other recent senior departures include chief risk officer Barrie Jackson, who was replaced by Ray Milne.

Nunn’s decade at HSBC included working closely with John Flint, the former head of wealth, who was briefly promoted to CEO. He spent the early stages of his career at Accenture and McKinsey. Outside work, he’s a keen cyclist and father of four.

In his new post, Nunn will oversee SPW’s technology platform, whose launch in 2019 was hampered by glitches, the Financial Times reported at the time. The migration of clients to SPW’s technology concluded last year after an intense year of work, two people familiar with the matter said.

Nunn will also have to face long-standing issues including the HBOS Reading branch fraud, which dates back more than a decade. The bank has been under pressure for its handling of the scandal. Six people were jailed for siphoning millions of pounds from ailing businesses.

In the second quarter, Lloyds set aside £150m to compensate victims and warned investors that there is more to come in the next years.

“This is particularly disappointing as the case has been well covered for some years and to date we had been under the distinct impression that any further liability was unlikely to be material,” said Edward Firth, an analyst at Keefe, Bruyette & Woods. “It is impossible to forecast the total potential liability with any certainty.”

Among several post-pandemic issues for Nunn will be about £12bn in government-backed business loans issued during the pandemic. Lloyds said in recent earnings that fewer than 10% of repayments are in arrears, but this is being “carefully monitored” for signs of distress.

Executives say the market is the most competitive they have seen in a decade, on rebounding economies worldwide and pent-up demand
Companies
5 months ago