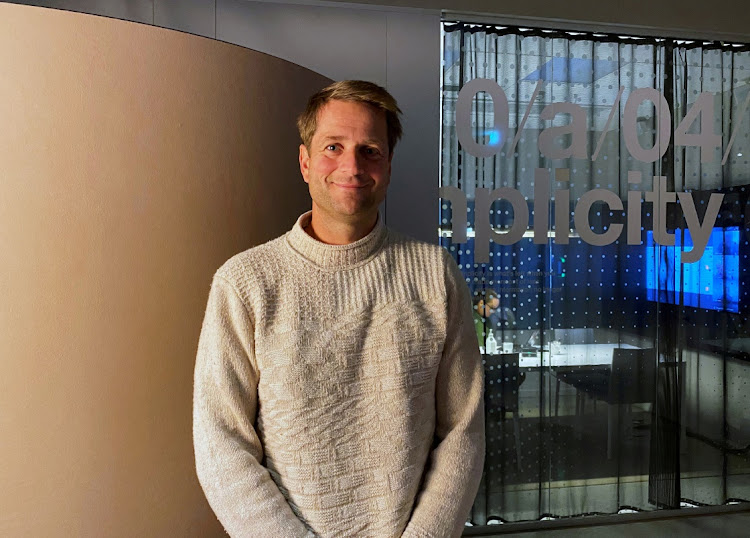 Stockholm — As Klarna’s billionaire founder Sebastian Siemiatkowski prepares to stage one of the biggest European fintech company listings, a feast of capitalism, he credits an unlikely backer for his runaway success: the Swedish welfare state.

In particular, the 39-year-old pinpoints a late-1990s’ government policy to put a computer in every home.

“Computers were inaccessible for low-income families such as mine, but when the reform came into play, my mother bought us a computer the very next day,” he said.

Siemiatkowski began coding on that computer when he was 16. Fast-forward more than two decades and his payments firm Klarna is valued at $46bn and plans to go public. It has not given details, though many bankers predict it will list in New York early next year.

Sweden’s home computer drive and concurrent early investment in internet connectivity help explain why its capital Stockholm has become rich soil for start-ups, birthing and incubating Spotify, Skype and Klarna, even though it has some of the highest tax rates in the world. That is the view of Siemiatkowski and several tech CEOs and venture capitalists.

In the three years from 1998 to 2001 that the scheme ran, 850,000 home computers were purchased through it, reaching almost a quarter of the country’s 4-million households, who did not have to pay for the machines and thus included many people who were otherwise unable to afford them.

In 2005, when Klarna was founded, there were 28 broadband subscriptions per 100 people in Sweden, compared with 17 in the US, where dial-up was still far more common, and a global average of 3.7, according to data from the World Bank.

Spotify allowed users to stream music when Apple’s iTunes was still download-based, which gave the Swedish company the upper hand when streaming became the norm around the world.

“That could only happen in a country where broadband was the standard much earlier, while in other markets the connection was too slow,” Siemiatkowski said. “That allowed our society to be a couple of years ahead.”

Some executives and campaigners say the Scandinavian nation demonstrates that a deep social safety net, often viewed as counter to entrepreneurial spirit, can foster innovation. It is an outcome that might not have been envisaged by the architects of Sweden’s welfare state in the 1950s.

Child care is, for the most part, free. A range of income insurance funds can protect you if your business fails or you lose your job, guaranteeing up to 80% of your previous salary for the first 300 days of unemployment.

“The social safety net we have in Sweden allows us to be less vulnerable to taking risks,” said Gohar Avagyan, the 31-year-old cofounder of Vaam, a video messaging service used for sales pitches and customer communication.

Though overall investments are larger in the bigger European economies of Britain and France and their long-standing finance hubs, Sweden punches above its weight in some areas. It has the third highest start-up rate in the world, behind Turkey and Spain, with 20 start-ups per 1,000 employees and the highest three-year survival rate for start-ups anywhere, at 74%, according to a 2018 study by OECD economists.

Stockholm is second only to Silicon Valley in terms of unicorns —  start-ups valued at above $1bn — per capita, at about 0.8 per 100,000 inhabitants, according to Sarah Guemouri at venture capital firm Atomico. Silicon Valley (San Francisco and the Bay Area) boasts 1.4 unicorns per 100,000, said Guemouri, co-author of a 2020 report on European tech companies.

No-one can say for sure if the boom will last, though, in a country where capital gains are taxed at 30% and income tax can be as high as 60%.

In 2016, Spotify said it was considering moving its headquarters out of the country, arguing that high taxes made it difficult to attract overseas talent, though it has not done so.

Yusuf Ozdalga, a partner at venture capital firm QED Investors, said access to funding and administrative or legal tasks connected with founding a company could also prove tough to navigate for non-Swedish speakers. He contrasted that to Amsterdam, capital of the Netherlands, where the government adopted English as an official language in April to make life easier for international companies.

Jeppe Zink, a partner at London-based venture capital firm Northzone, said a third of all the exit value from fintech companies in Europe — the amount received by investors when they cash out — came from Sweden alone. Government policy had contributed to this trend, he said.

“It’s an interesting dilemma for us venture capitalists as we’re not used to regulation creating markets. In fact, we are inherently nervous about regulation.”

Sweden’s digital minister Anders Ygeman said that social regulation could make it “possible to fail” and then “be up and running again” for innovators.

Peter Carlsson, CEO of start-up Northvolt, which makes lithium-ion batteries for electric vehicles and is valued at $11.75bn, said that ultimately success bred success. “You’re really creating ripple effects when you’re seeing the success of somebody else and I think that’s perhaps the most important thing to create local ecosystems.”