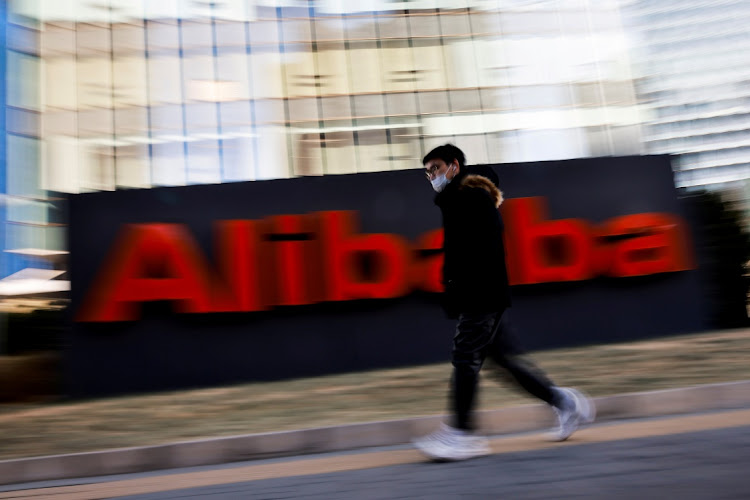 The disappointing forecast followed sales that missed analyst estimates for a second straight quarter. Alibaba posted a less-than-expected 29% rise in revenue for the September quarter to 200.7-billion yuan ($31.4bn). It forecast 20% to 23% growth in fiscal 2022 revenue, short of the 27% that analysts were projecting. Net income plummeted 81% to 5.4-billion yuan, lagging behind estimates after the internet giant marked down the value of equity investments.

On Thursday, executives fielded a barrage of questions from analysts concerned about the longer-term picture for growth and Alibaba’s efforts to fend off rivals. The lacklustre numbers underscored the former stock market darling’s struggle to revive businesses walloped by macroeconomic and regulatory turmoil. Alibaba’s stock fell 10% in New York.

The results “missed already lowered consensus by 3.2%”, Citigroup analysts wrote in a quick note. “More alarmingly, 2022 full-year revenue guidance was revised to only grow at 20%-23%.”

CEO Daniel Zhang said Alibaba will share its outlook in greater detail during an annual investor forum starting on December 16.

Revenue growth at a plethora of divisions including its Cainiao logistics arm and local on-demand services underperformed expectations, while bread-and-butter customer management revenue from platforms such as  Taobao and Tmall grew just 3% — the slowest in at least five quarters.

Competition is intensifying just as China grapples with the widest Covid-19 outbreak since the virus first emerged in Wuhan. Rivals such as  JD.com and Pinduoduo  are stepping up investments to win over Alibaba’s users, just as a resurgence in coronavirus cases dents consumer spending. China’s GDP expanded 4.9% in the September quarter, cooling from the 7.9% growth in the previous period, partly because of lockdown measures across many cities.

“Looking ahead, we will continue to invest heavily into three growth engines of domestic consumption, globalisation, cloud computing and data intelligence,” Zhang told analysts on the call.

Pinduoduo this year surpassed Alibaba as the largest Chinese e-commerce platform by annual active shoppers, reaching 849.9-million users in the 12 months to June. Meanwhile, JD.com has been attracting new and returning brands like Starbucks and Estee Lauder to its platforms, taking advantage of Beijing’s edict to end exclusivity arrangements previously imposed on merchants.

Executives said they will continue to build features to round out their platforms and retain consumers. The company reported 953-million annual active buyers in China over the past 12 months and said it’s on track to hit a billion before the end of the fiscal year.

The cloud division, the second-largest revenue contributor, was another bright spot in the quarter. The firm in October unveiled a new server chip built with 5nm technology, one of the most advanced in the country.

Sales at that unit grew 33% during the quarter, accelerating from previous periods thanks to investments in technology, Zhang said. The division had been struggling to recover after losing a major customer, which Bloomberg News has reported was ByteDance’s TikTok service.

The slowdown at Alibaba looked set to extend into a December quarter that included Singles’ Day, the year’s biggest shopping festival. Alibaba last week reported sales of $84.5bn during the blockbuster event, reaching yet another record. But the 8.5% increase was a stark slowdown from previous years, as the company eschewed high-profile promotions to focus on sustainability and philanthropy — key pillars of President Xi Jinping’s drive to achieve “common prosperity”.

Alibaba’s sales fell short of expectations for the first time in more than two years during the June quarter, battered by an antitrust probe that ended in a record $2.8bn fine.

Since Beijing kicked off its tech crackdown a year ago, the campaign has grown to encompass areas from fintech to data privacy, online advertising as well as content — arenas Alibaba depends on to drive growth beyond its core business.

Beijing’s vision for breaking up so-called walled gardens by its tech giants may benefit Alibaba in the long run. Fellow behemoth Tencent has pledged to make it easier for users to share external links, including those to Alibaba’s platforms, on its WeChat superapp. On Thursday, Zhang repeated that Alibaba welcomed more open-ness in the internet sphere.

China’s largest e-commerce company cashes in on its version of Black Friday.
News
7 months ago
Next Article