Gucci revenue jumped 86% on a comparable basis during the second quarter, owner Kering said on Tuesday 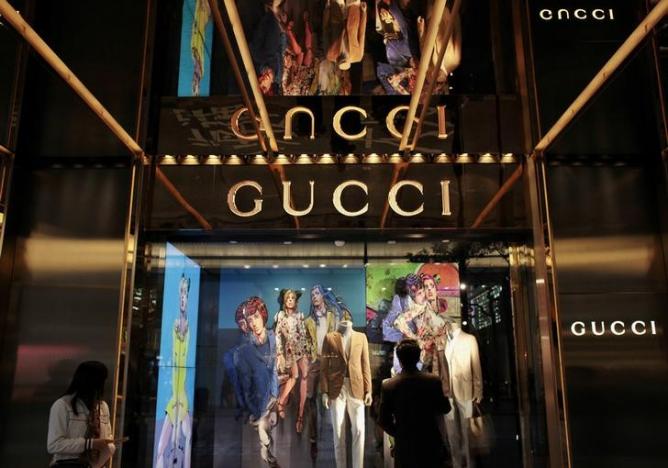 Sales at Gucci soared above pre-pandemic levels as the Italian brand lured young shoppers with its social media campaigns and benefits from easing lockdown restrictions.

Gucci revenue jumped 86% on a comparable basis during the second quarter, owner Kering said in a statement on Tuesday. That was above analysts’ estimates and pushed total group revenue up 11.2% from the corresponding period in 2019.

Kering follows LVMH and Cartier owner Richemont in publishing stellar results as consumers across the world spend their savings accumulated during lockdowns on luxury handbags, shoes and jewellery. Like those companies, Kering was helped by an easy comparison with 2020, when many stores were shut.

“Performance in the first half is excellent, be it on revenue, but also on the profitability side,” CFO Jean-Marc Duplaix said in a press call, noting particularly good results in Asia Pacific and North America. Kering is “confident” that Gucci’s profitability can improve even further.

During a call with analysts, Duplaix said Kering raised some prices on Gucci and Bottega Veneta products in the past year — a sign that consumers are willing to pay more for the brands.

The rebound at Gucci, which is marking its 100th anniversary, should bring comfort to investors who had been worried about the steeper slowdown the brand suffered last year. That was in contrast to peers such as LVMH’s Louis Vuitton and Hermes, where revenue recovered strongly once the toughest restrictions had eased.

The arrival of this new collection as well as the release of a movie about the Gucci family scheduled for November will give the brand “more opportunity to impress” in the second half, Luca Solca, analyst at Sanford C Bernstein, wrote in a note to clients.

All houses contributed to the result, with quarterly sales at Yves Saint Laurent and Bottega Veneta jumping by 118.5% and 69%, respectively, on a comparable basis. Balenciaga and Alexander McQueen also recorded “outstanding performances,” the company said.

Although 80% of Kering’s sales come from stores the company directly operates, another fast-growing part of the business is online. During the first half, e-commerce revenue soared 78.5% from a year earlier.

Gucci generated more than 80% of Kering’s total recurring operating income last year. The luxury-goods company’s reliance on its blockbuster brand has led analysts to wonder whether Kering will put its financial power to use for a major acquisition, especially after a number of recent deals in the industry.

CEO Francois-Henri Pinault said in April that the company could afford to make an acquisition. Earlier in July, Kering made a smaller one, announcing the purchase of eyewear brand Lindberg.

Duplaix said Kering isn’t currently in the process of selling its watch unit, although it will consider all possible options.