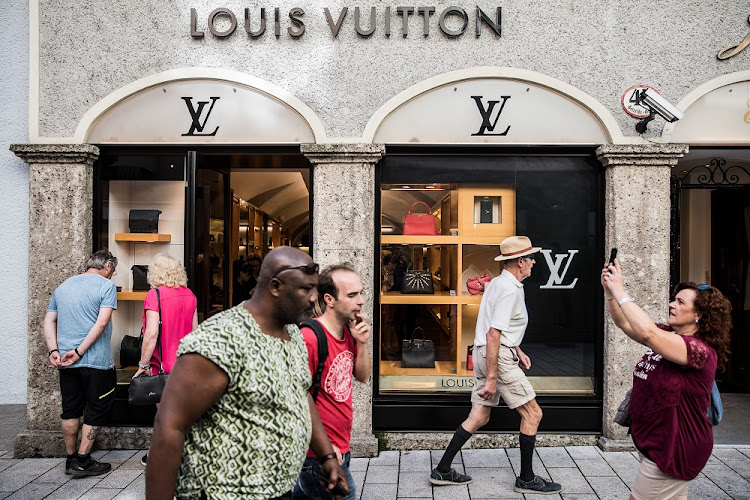 Sales of Louis Vuitton handbags and the easing of lockdowns across the world helped revenue soar at fashion houses owned by LVMH.

In a bumper quarter for the owner of some of the world’s best-known luxury brands, like-for-like sales rose 84% last quarter, outstripping analysts’ expectations. Demand for fashion and leather goods, particularly at Louis Vuitton, Christian Dior, Fendi and Celine, fuelled the gain and showed consumers’ appetite for luxury goods as they emerge from pandemic restrictions and vaccination campaigns accelerate.

LVMH benefited from an easy comparison with 2020, when many stores were shut due to early pandemic lockdowns. Even so, the report will probably prompt earnings upgrades for others in the industry because LVMH is seen as a bellwether, according to Luca Solca, an analyst at Sanford C Bernstein.

Solca called the report, published on Monday, the “strongest first-half update” for the Paris-based company.

“Whatever a post-pandemic world may look like, LVMH are already a significant winner,” Flavio Cereda, an analyst at Jefferies, wrote in a note to clients.

The shares rose as much as 1.6% in Paris trading even as stock indices fell across Europe. Rival Richemont, the owner of Cartier and Van Cleef & Arpels, earlier this month reported a 129% sales gain for the quarter.

Organic revenue at LVMH’s fashion and leather goods division surged 120% in the second quarter from a year earlier and 40% from the same period in 2019, the company said.

LVMH was active in the period, presenting a so-called cruise collection from Christian Dior at an Athens event attended by celebrities. It also launched a new sparkling wine aperitif and reopened La Samaritaine, a department store located on the right bank of Paris that had been shut for more than 15 years.

Profit from recurring operations reached €7.63bn in the first half. Analysts had expected €6.62bn. The operating cost base during the period was flat compared with 2019, said CFO Jean-Jacques Guiony.

The “real surprise” came from the outperformance in profitability, according to Morgan Stanley analysts led by Edouard Aubin.

Looking ahead, Dior is preparing to reopen its store at 30 Avenue Montaigne in Paris in the second half, LVMH’s director of financial communications, Chris Hollis, said on a conference call. Hollis also said Tiffany is set to launch a new collection of gold jewellery after an “excellent” first half.

LVMH is also seeing progress with local clients in Europe, though it isn’t sufficient to offset the lack of tourists, Guiony said on a conference call. Last month, billionaire LVMH founder Bernard Arnault predicted foreign visitors may not return to Paris within the next year or two.

The goal for travel retail business DFS in the second half of this year will be to break even, Guiony said, warning it would be difficult. Activity at luxury hotel brand Belmond is better than last year, notably in the Mediterranean, but overall “it won’t be a fantastic season” because business picked up late compared with normal times.

Demand from Chinese consumers “remains as good it has been for quite some time,” according to Guiony. Asia excluding Japan represented 38% of LVMH’s total revenue in the first half, followed by a quarter for the US.

Speaking about LVMH’s M&A strategy, Guiony said absorbing its latest portfolio brand Tiffany will take some time and that the group typically doesn’t proceed with such big takeovers “every other year”

LVMH announced last week a 60% stake purchase in Off-White, the streetwear brand created by Virgil Abloh, who is also in charge of men's wear design at Louis Vuitton. The luxury conglomerate also said earlier this month it would take a minority investment in the new brand of Phoebe Philo, the former cult designer at Celine.

Smaller houses have found pandemic life much more demanding, with one challenge being standing out in a crowded market
Opinion
1 month ago