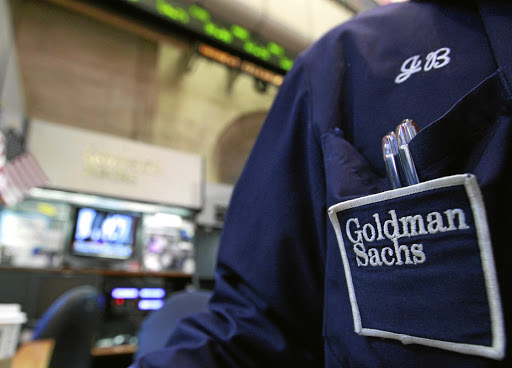 A trader works at the Goldman Sachs stall at the New York Stock Exchange. Picture: REUTERS

Hong Kong — Goldman Sachs will apply to take full ownership of its China joint venture, paving the way for the Wall Street giant to expand aggressively in the Asian nation as it opens its market wider to foreign firms.

The New York-based bank has started the process of getting regulatory approval to take control of Goldman Sachs Gao Hua and signed a definitive agreement with its joint venture partner to acquire the outstanding shares it does not already own, according to an internal memo.

A Hong Kong-based spokesperson at Goldman Sachs confirmed the contents.

The move will end Goldman Sachs’ 17-year collaboration with Beijing Gao Hua Securities and gives the Wall Street firm free rein to pursue an expansive growth strategy for China that includes taking its workforce to 600 and also ramping up in asset and wealth management businesses.

China has this year opened it financial market wider to foreign banks, offering them an opportunity to capture a share of profits that are estimated to swell to $47bn in investment banking alone by 2026.

“One hundred percent ownership of our franchise on the mainland represents a significant commitment to and investment in China,” according to the memo signed by CEO David Solomon, president John Waldron and CFO Stephen Scherr.

Taking full control of its China business would bring the New York-based firm closer to its vision of being “one Goldman” in all markets. As part of the progression to full ownership, the firm will migrate all onshore businesses now under Gao Hua across to Goldman Sachs Gao Hua, which will be renamed Goldman Sachs (China) Securities.