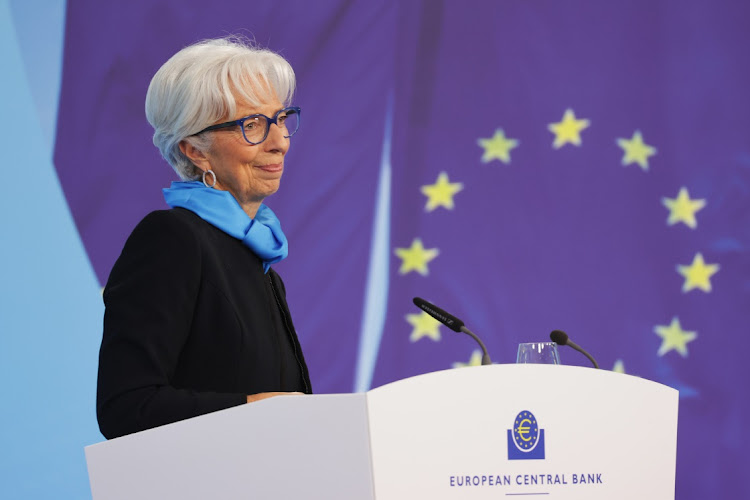 European Central Bank (ECB) president Christine Lagarde pushed back against market expectations of interest-rate hikes in 2022 even if inflation will prove more enduring than originally expected.

Within hours of data showing surging price increases in Spain, and after investors doubled down on bets for tightening, the institution’s chief reiterated the ECB’s view that no such move in borrowing costs is now envisaged. She said that comparisons with global central banks currently withdrawing stimulus are “odious”.

“Our analysis certainly does not support that the conditions of our forward guidance are satisfied at the time of lift-off as expected by markets nor any time soon thereafter,” she told reporters during a virtual press conference in Frankfurt. “While the current phase of higher inflation will last longer than originally expected, we expect it to decline in the course of next year.”

A meeting slated as a quiet prelude to December’s showdown over the future of emergency stimulus became more fraught this week when financial markets signalled disbelief at the ECB’s commitment to ultra-low interest rates.

Money markets are betting the ECB will hike interest rates 10 basis points by August and 21 basis points by the end of next year. The euro touched an intraday high against the dollar.

The Governing Council on Thursday maintained prior language signalling plans to moderate monthly purchases from the about  €75bn deployed from March through September. They also promised to keep the €1.85-trillion programme, known as PEPP, running until March 2022 or later if needed.

While inflation accelerated to 5.5% in Spain and a faster-than-expected 4.6% in Germany, data in the coming 24 hours is due to show a rise elsewhere in the region. Price expectations in the eurozone already have meanwhile reached the highest since 1993.

On Friday, more statistics will be released including the eurozone report, which economists expect to show an outcome of 3.7%, the fastest in 13 years. The ECB attributes half of the acceleration to energy prices, but says that the region’s post-pandemic recovery is also playing a part. “Recovering demand related to the reopening of the economy is outpacing supply,” Lagarde said. “While the current phase of higher inflation will last longer than originally expected, we expect it to decline in the course of next year.”

A major policy overhaul is expected in the forthcoming meeting, when new economic projections will give officials a better view on future stimulus needs. Economists predict the central bank will then lay out a path for its pandemic emergency purchase programme (PEPP) and end it after March 2022, as currently envisioned.

The ECB’s path of continued emergency stimulus contrasts with the focus of central banks from New Zealand to the UK which have begun raising rates or signalling plans to do so in response to rising prices across the globe stoked by higher energy costs and acute supply bottlenecks. That backdrop has encouraged investors to ask if the Frankfurt institution might not end up following suit.

The Bank of Canada indicated on Wednesday it could hike interest rates as soon as April 2022 and said inflation would stay above target through much of next year. The US Federal Reserve and the Bank of England have also signalled policy tightening while several smaller banks, from Norway to South Korea, have already hiked rates.