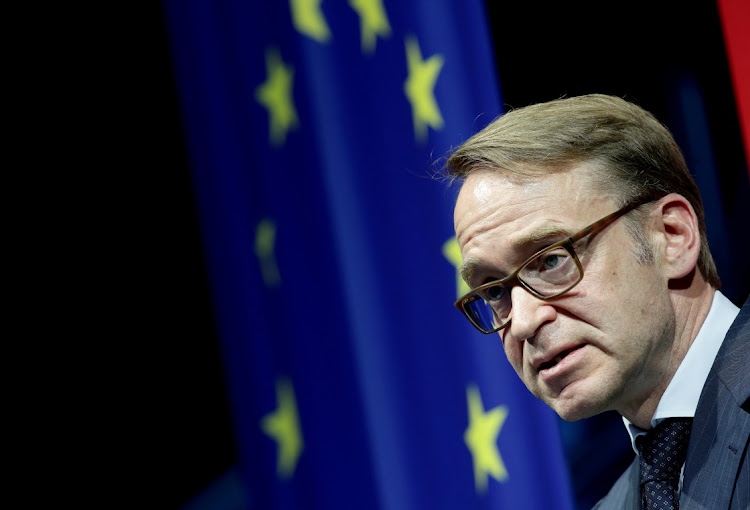 Weidmann said he would leave for personal reasons on December 31, just days after the ECB must make a crucial decision on winding down pandemic-era stimulus that has revived growth but also pushed inflation to its highest rate in over a decade.

Among the most conservative members of the ECB’s governing council, Weidmann often found himself in opposition to fellow eurozone policymakers during his decade heading the German central bank.

He even warned about inflation risks in his farewell message to Bundesbank staff on Wednesday, saying: “It will be crucial not to look one-sidedly at deflationary risks, but not to lose sight of prospective inflationary dangers either.”

The successor to Weidmann, a former economic adviser to Chancellor Angela Merkel, will be picked by a new German government, to be formed when coalition talks conclude.

Isabel Schnabel, an ECB board member, is also a potential successor, though she would need to quit her current role, which some argue is a higher-profile job.

“Isabel Schnabel is doing a fabulous job at the ECB but I could think of no-one better than Schnabel to lead the Bundesbank at this juncture,” UniCredit economist Erik Nielsen said. “Perfect background and experience, and outstanding European and global respect.”

After taking charge at the Bundesbank in May 2011 as the eurozone’s debt crisis raged, Weidmann was frequently in a minority at the ECB, voting against major policy moves pushed through by former ECB chiefs Mario Draghi and Christine Lagarde.

In July, he was among a handful of policymakers who opposed the ECB’s pledge to keep interest rates at record lows until inflation stabilises at 2%.

While he has become less confrontational in recent years, his frequent criticisms made it difficult for the ECB to prop up public confidence in its policies and close a wide “trust gap” that opened up after the global financial crisis of 2007.

“A new Bundesbank president more in line with the ECB mainstream may make it easier to explain the rationale of ECB policies to the German public,” Berenberg economist Holger Schmieding said.

The ECB, the central bank for the 19 countries that use the euro currency, has battled with sluggish price growth for a decade, but inflation has risen sharply in recent months and data on Wednesday showed it hit 3.4% in September.

“I respect Jens Weidmann’s decision to step down from his position as president of Deutsche Bundesbank at the end of this year after more than 10 years of service, but I also immensely regret it,” Lagarde said on Wednesday.