Macron and Merkel say first EU summit with Putin since January 2014 would be a chance for dialogue, but Baltic states resist 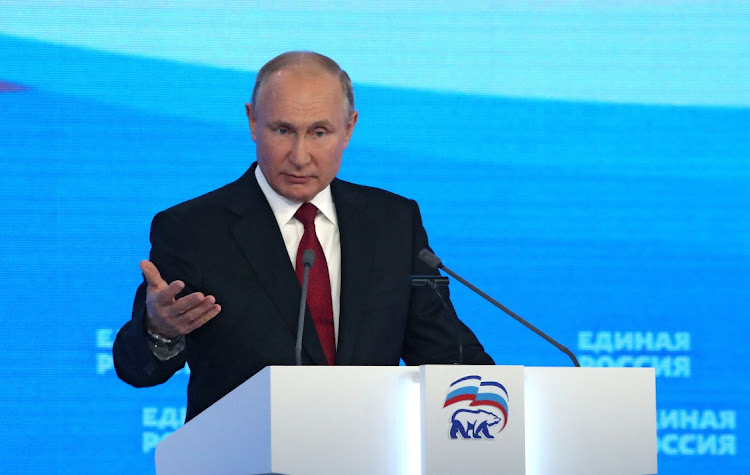 Brussels  — A call by the leaders of France and Germany for an EU summit with Russian President Vladimir Putin has met firm resistance from Poland and Baltic countries, who distrust the Kremlin.

French President Emmanuel Macron said the first EU summit with Putin since January 2014 would be a chance for dialogue and won support from Austria’s chancellor as EU leaders arrived for their regular summer meeting in Brussels to discuss a new strategy to improve ties with Moscow.

“We need a dialogue to defend our interests ... it is a dialogue necessary for the stability of the European continent,” Macron said.

“We cannot remain in a purely reactive logic when it comes to Russia,” he said. “I hope that we can, with real European unity and co-ordination, have this ... dialogue.”

EU leaders are also set to ask the European Commission and the EU’s top diplomat Josep Borrell for “options for additional restrictive measures, including economic sanctions” against Russia, according to a draft of the summit statement.

The EU already has economic sanctions on the Russian energy, financial and arms sectors over Moscow’s 2014 annexation of the Crimea peninsula and individual sanctions on Russians accused of human rights abuses and for using banned chemical weapons.

After   Nato warnings that Russia is trying to divide Western democracies through disinformation and covert attacks, many EU countries said talk of a summit was premature.

EU diplomats say they are concerned that the Kremlin does not take the bloc seriously, after Borrell was publicly humiliated in February by the Kremlin. Russia expelled EU diplomats during Borrell’s visit to Moscow without warning.

Lithuanian President Gitanas Nauseda said the idea was like “trying to engage the bear to keep a pot of honey safe”.

Envoys for France and Germany on Wednesday proposed that holding a summit with Putin was a possible way to repair ties between the close trade partners, following on from US President Joe Biden's summit in Geneva with Putin.

Leaders are set to flesh out the idea on Thursday.

“We should be extremely cautious, this is not like the relationship of Russia with the US,” Nauseda said, referring to two nuclear-armed rivals.

While France is a nuclear power, the EU relies on Nato for its territorial defence and takes decisions among 27 states, making it easier for the Kremlin to exploit divisions. Moscow denies any wrongdoing.

The Kremlin welcomed the idea of a summit, saying both Brussels and Moscow needed dialogue, though Russian foreign minister Sergei Lavrov said he wanted more details.

“What is it about? What is the agenda? We also do not know whether all other EU members support this. So we need our (EU) colleagues to clarify what they mean and what they aim for,” Lavrov said, according to RIA news agency.

On opposing sides in standoffs in Ukraine and Belarus, and at odds over human rights, the EU and Russia accuse each other of meddling in elections, disinformation and threatening security and stability from the Baltics to the Black Sea.

“We as the EU must also seek direct contact with Russia and the Russian president,” Merkel told legislators in what is expected to be her final speech to the German Bundestag.

“It is not enough for the US president to talk to the Russian president. I very much welcome that, but the EU must also create forums for dialogue,” she added.

However, potential for new flashpoints abound. The EU on Thursday imposed economic sanctions on Belarus, an ally of Russia that the Kremlin sees as a buffer state between Russia and Nato.

The EU subsequently froze summits with Putin but its policy has zigzagged between imposing economic sanctions and allowing a new gas pipeline from Russia to Germany to reach completion.

The problem is not the country’s vaccines, which have been available since late 2020: rather, it’s the devastatingly slow pace of inoculation
Opinion
7 months ago