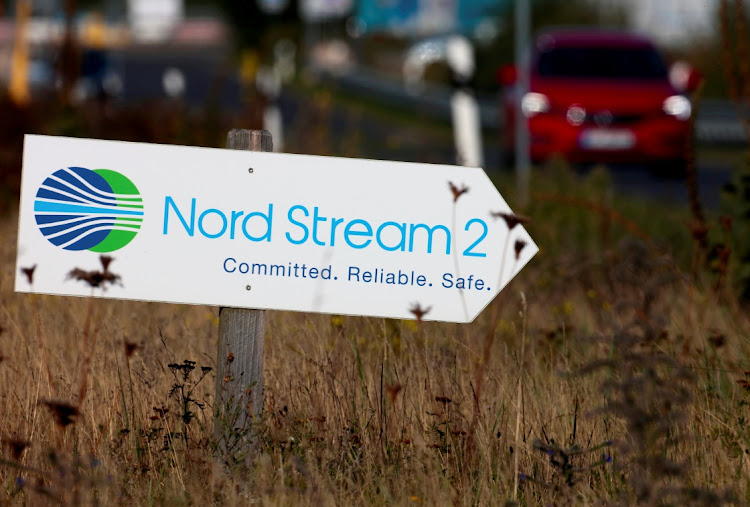 Washington — The Biden administration will waive sanctions on the company behind Russia's Nord Stream 2 gas pipeline to Europe and its CEO, a source and Germany's foreign minister said on Wednesday.

A state department report to be delivered to Congress on Wednesday concludes that the Nord Stream 2 company and CEO Matthias Warnig, an ally of Russian President Vladimir Putin, engaged in sanctionable activity but that it was in the US national interest to waive the sanctions, the source said.

German foreign minister Heiko Maas said the administration had waived the sanctions on those two parties but also imposed sanctions on Russian entities and ships linked to the construction of Nord Stream 2.

“We see this as a constructive step, which we are happy to further discuss with our partners in Washington,” Maas told reporters, adding President Joe Biden's administration had not made any promises beyond the sanctions waiver.

Russia's state energy company, Gazprom, and its Western partners are racing to finish the line to take Russian gas to Europe via Germany, under the Baltic Sea. The project, now about 95% complete, would bypass Ukraine, depriving it of lucrative transit fees and potentially undermining its struggle against Russian aggression.

The Biden administration felt it was important to send a signal about its strategic commitment to rebuilding relations with Germany, which were badly damaged under Republican former president Donald Trump, the US source said.

White House spokesperson Karine Jean-Pierre told reporters aboard Air Force One that the administration remained opposed to the pipeline, but declined to comment on the state department report.

“The Biden administration has been clear that the Nord Stream 2 pipeline is a bad deal. It's a Russian geopolitical project that threatens European energy security, and that of ... Ukraine and eastern-flank Nato allies and partners.”

Yuriy Vitrenko, the new CEO of Ukraine's state-owned energy company, Naftogaz, said Nord Stream 2 is Russia's “most malign and dangerous geopolitical project” and that Ukraine would ask Washington to fully apply its laws and impose sanctions to stop the pipeline.

Russian officials signalled on Wednesday that the move to waive sanctions could help mend Washington's fraught ties with Moscow.

But US legislator from both parties criticised the waivers. Senator Jeanne Shaheen, a Democrat, said after speaking with a Biden administration official that the state department would place sanctions on eight other entities helping to lay the pipeline, but that she was disappointed about the waivers. “Every option available to prevent its completion should be used,” she said.

Senator Jim Risch, the senior Republican on the senate foreign relations committee, said the waivers will be “a gift to Putin that will only weaken the US’s leverage in the lead up to the impending Biden-Putin summit”.

Waiving sanctions on the Nord Stream 2 company and its CEO will remove one irritant in US-German ties, and US officials hope it provides some leverage to deepen co-operation on broader issues, including China and Russia.

German officials had pressed hard for such an outcome, arguing that the overall relationship was too important to sacrifice over what Berlin has described as a commercial project.

The complex dynamics of the region, including Ukraine wanting to be part of Nato, mean a prolonged confrontation is likely
World
7 months ago

Nord Stream pipeline not only in Russia’s interest, Austria Says

Despite pressure, Merkel wants to separate pipeline and Navalny poisoning

Despite pressure, Merkel wants to separate pipeline and Navalny poisoning