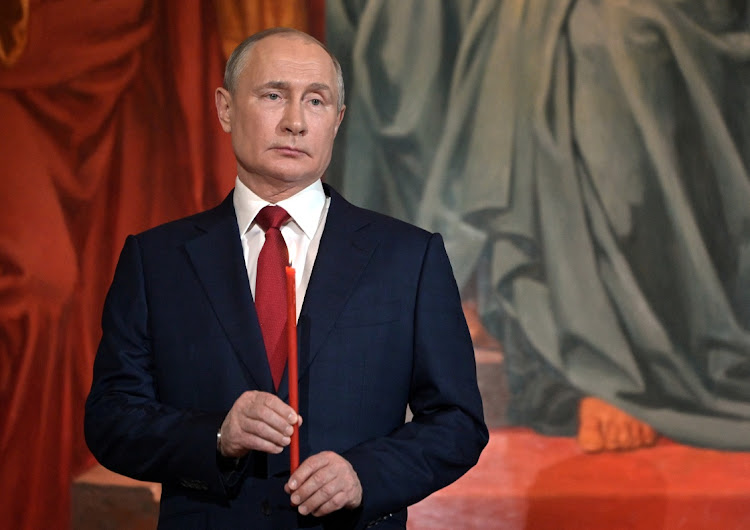 US secretary of state Antony Blinken’s visit to Ukraine this week reflects the Biden administration’s concern about the danger of Russian aggression against its western neighbour.

Though President Vladimir Putin has temporarily eased tensions by ordering Russian troops to pull back from the border, he remains determined to undermine the Ukrainian government’s control over its own territory. The US and its Nato allies should meet the threat with a co-ordinated response — which begins with providing Ukraine the weapons necessary to defend itself.

In recent weeks, the seven-year-old conflict between Ukrainian troops and Russia-backed separatists in Ukraine’s Donbas region has intensified, with Russia nearly doubling the size of its forces along the Ukrainian border and in Crimea, which it annexed in 2014. Russia’s deployment of more than 100,000 troops to the region — along with tanks, warplanes, amphibious assault ships and reconnaissance drones — raised the spectre of an offensive against Ukraine, a country of more than 40-million.

Ukraine President Volodymyr Zelenskiy said in an address to the nation that he is “ready” for war with Russia, while offering to meet Putin “anywhere” in the conflict zone. After delivering a bellicose speech of his own, Putin announced that troops sent to the border region would retreat to their bases, though it’s unclear when and how quickly they plan to do so.

Western leaders should make clear their commitment to Ukraine’s security — and back up their words with action.

On this score, US President Joe Biden’s administration has been more consistent than France and Germany, which initially called on both sides to de-escalate the crisis, rather than place blame squarely on Putin. Given Putin’s goal of dividing the transatlantic alliance and preventing Ukraine’s integration into Western institutions, the US and Europe should work together on a list of co-ordinated sanctions to be imposed in response to any Russian attempts to block vital sea lanes or seize land by force.

Ukraine would also benefit from enhanced military assistance. Its military is larger and better-trained than it was during the siege of Crimea in 2014, but it still lacks sufficient tools to repel a Russian assault. Biden should approve the sale of additional anti-tank Javelin missiles and ease restrictions on where and how Ukraine can deploy them.

The Pentagon should also provide radar technology and anti-ship missiles, and move some anti-aircraft Patriot missiles stationed in Poland to Ukraine, as Ukrainian officials have requested. Nato countries should expand training exercises and intelligence-sharing with Ukraine and provide personnel and resources to assist its plans to build naval bases in the Black Sea.

Finally, the West needs to engage more visibly with the country’s leadership and the Ukrainian people. In dispatching his secretary of state to Kiev, Biden hopes to repair the damage done by former president Donald Trump’s attempts to extort political favours from the Ukrainian government. Even so, Biden has yet to nominate an ambassador to that country, a job that has remained vacant since 2019.

In addition to quickly filling that position, he should appoint a special envoy tasked with communicating with Zelenskiy’s team, revitalising negotiations over the future of the Donbas, and co-ordinating policy with European allies.

Putin’s military build-up on Ukraine’s borders is an act of intimidation against a vulnerable neighbour — and a test of Western resolve. Unflinching support for Ukraine’s right to self-defence is the best way to prevent these provocations from leading to war.

Bloomberg Opinion. For more articles like this, please visit Bloomberg.com/opinion

Opposition leader Navalny appeared in court in a video link from jail, where he has just ended a hunger strike
World
6 days ago