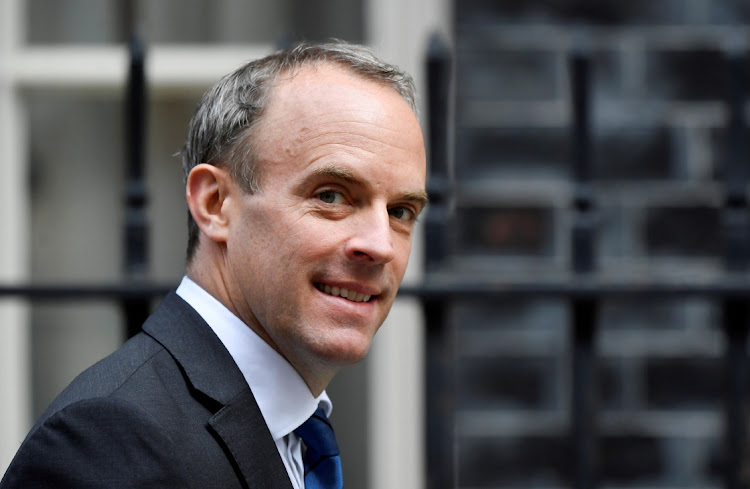 London — Russia accused the UK on Thursday of spreading lies about an incident in the Black Sea in which Moscow said it had fired warning shots and dropped bombs in the path of a British destroyer off the coast of Russia-annexed Crimea.

Russia summoned the UK ambassador in Moscow for a formal diplomatic scolding after the warship breached what the Kremlin says are its territorial waters, but which Britain and most of the world say belong to Ukraine.

The UK said Russia was sowing inaccuracies and disputed the Kremlin’s account of event, saying no warning shots had been fired and that no bombs had been dropped in the path of the Royal Navy destroyer Defender.

UK Foreign Secretary Dominic Raab said during a visit to Singapore: “No shots were fired at HMS Defender.”

“The Royal Navy ship was conducting innocent passage through Ukrainian territorial waters. We were doing so in accordance with international law and the Russian characterisation is predictably inaccurate.”

Under international law of the sea, innocent passage permits a vessel to pass through another state’s territorial waters so long as this does not affect its security.

Russia seized and annexed the Crimea peninsula from Ukraine in 2014 and considers areas around its coast to be Russian waters. Western countries deem the Crimea to be part of Ukraine and reject Russia’s claim to the seas around it.

The Black Sea, which Russia uses to project its power in the Mediterranean, has for centuries been a flashpoint between Russia and its competitors such as Turkey, France, the UK and the US.

During the 2008 Georgian war, Russia bristled at US warships operating in the Black Sea, and in April the US cancelled the deployment of two warships to the area.

Both Russian President Vladimir Putin and US President Joe Biden say ties between the two former Cold War foes are at a low point after disputes over spying, hacking, election meddling, Ukraine, Belarus and human rights.

Ties between London and Moscow have been on ice since the 2018 poisoning with a Soviet-developed nerve agent, known as Novichok, of double agent Sergei Skripal, a mole who betrayed hundreds of Russian agents to the UK’s MI6 foreign spy service.

Russia said the British ship had ventured as far as 3km into Russian waters near Cape Fiolent, a landmark on Crimea’s southern coast near the port of Sevastopol, the headquarters of the Russian navy’s Black Sea fleet.

The UK sought to play down the warship incident while accusing Moscow of disinformation. “These are things that come and go with Russia; disinformation, misinformation is something that we have seen regularly,” Defence Secretary Ben Wallace said. “We are not surprised by it, we plan for it.”