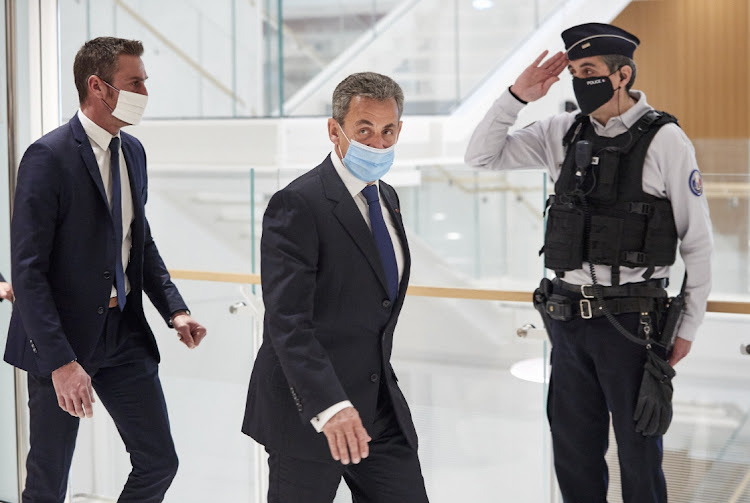 Paris — Former French President Nicolas Sarkozy’s chances of returning to office suffered a blow on Monday after he was found guilty by a Paris court of corruption.

Sarkozy was sentenced to a one-year prison term for offering to pull strings to help a magistrate land a prestigious job in return for a favour — though the French legal system means he’s unlikely to serve jail time. His lawyer and the court official were also convicted.

“Sarkozy used his status as former French president,” said presiding judge Christine Mée on Monday as she read out the court’s decision. She said the wrongdoing he committed was “particularly serious”.

The conviction of Sarkozy —  who still enjoys some popularity in the nation — is another setback to a political career that stuttered after his failed 2012 re-election bid. The judgment puts the former president on the back foot weeks before he’s due back in court on separate charges that he illegally exceeded campaign-spending limits ahead of his electoral defeat.

French senator Valerie Boyer from Sarkozy’s Les Republicains party told BFM TV the judgment means that “it will be difficult” for him “to take part in the presidential campaign, as many French hoped”. The five-year term of President Emmanuel Macron — who can seek re-election — is due to end in 2022.

Sarkozy left the court without making any comments shortly after the ruling was read out.

While he isn’t the first former French president to go on trial in modern times, Sarkozy is the first to get a non-suspended sentence. The late Jacques Chirac was too sick to attend court before he was found guilty in 2011 of misusing Paris city funds, and convicted to a two-year suspended term.

Sarkozy was heard telling his lawyer that he would put in a good word to help the now-retired magistrate Gilbert Azibert clinch a sought-after position in Monaco if he helped in a legal fight to stop investigators using the former president’s diaries.

In court, Sarkozy had dismissed the conversations as “chatter” that was misinterpreted by prosecutors.

Aside from the one-year jail term, the judges also gave Sarkozy a two-year suspended sentence.

Sarkozy’s lawyer and the court official charged in the case received the same sentences as the former president.

Defendants aren’t normally incarcerated if the non-suspended portion of their sentence isn’t longer than two years. They typically have to wear electronic bracelets and obey a curfew instead. Additionally, appealing a first-instance sentence suspends its execution.

In her judgment, Mée said on Monday that Sarkozy and his lawyer, Thierry Herzog, “were aware of the unlawfulness of the actions of the magistrate Gilbert Azibert”.

Mée said “the fraternal bond” that Herzog “forged with Nicolas Sarkozy obscured his professional judgment as a lawyer”.

The former French president has been charged with illegally exceeded campaign-spending limits, which he denies
World
4 months ago

He is acknowledged as the first French head of state to recognise the role of the Vichy regime in the Holocaust and the first to apologise formally ...
World
1 year ago
Next Article