Brussels — The EU  failed to resolve its row with AstraZeneca  over vaccine supplies, raising the risk of additional delays to the bloc’s sluggish inoculation campaign and putting the drugmaker on a collision course with 27 governments.

“We regret the continued lack of clarity on the delivery schedule and request a clear plan from AstraZeneca for the fast delivery of the quantity of vaccines that we reserved for the first quarter,” EU health chief Stella Kyriakides said after a virtual meeting with AstraZeneca CEO Pascal Soriot on Wednesday. “We will work with the company to find solutions and deliver vaccines rapidly for EU citizens.”

The root of the dispute is AstraZeneca’s decision to prioritise the UK over the EU for its limited vaccine supplies after a Belgian production glitch, in what Brussels claims to be a breach of contractual commitments.

The quarrel could add another thorn to the tumultuous post-Brexit ties between Britain and the EU.

The bloc accuses AstraZeneca of using European funding intended for the development of manufacturing capacity to ramp up production in its UK plants, and now prioritising British deliveries. Member states are furious with the company, according to diplomats familiar with a meeting of government envoys in Brussels earlier on Wednesday.

Publicly, Kyriakides struck a more upbeat tone, describing the meeting as “constructive”. A spokesperson for the company used the same word to describe the discussion.

However, speaking privately, an EU official made clear great dissatisfaction remains and that while the bloc did not want an escalation in the tensions, much work is still needed to break the impasse.

The 27-nation bloc reacted with anger to the news that AstraZeneca will deliver fewer vaccines than it had promised, and vowed to establish a mechanism that could potentially impose hurdles on exports of the life-saving shots from European production facilities.

The proposal, expected later this week, risks triggering a wave of protectionist measures that could disrupt supply chains with billions of people waiting for the shots necessary before the global economy can return to some kind of normality.

Having delivered just 2.2 shots for every 100 people, the EU lags way behind both the US and the UK, and is several months away from immunising a sufficient number of people to allow a return to normalcy. While the impact of the Astra setback is still unclear, any further delays in vaccinations could prolong damaging lockdowns in a continent struggling to emerge from the steepest recession in living memory.

The dispute could also reverberate across the world, as governments race to stop the spread of the pandemic, before a multiplying number of mutations renders vaccines less effective against Covid-19.

“Contractual obligations must be met, vaccines must be delivered to EU citizens,” Kyriakides said.

Germany wants the EU to limit vaccine exports, as AstraZeneca sparks a backlash after saying initial deliveries would be delayed
World
7 months ago

While a poll found eagerness to get the vaccine is rising across racial groups, white adults are still the most likely to get a shot
World
7 months ago 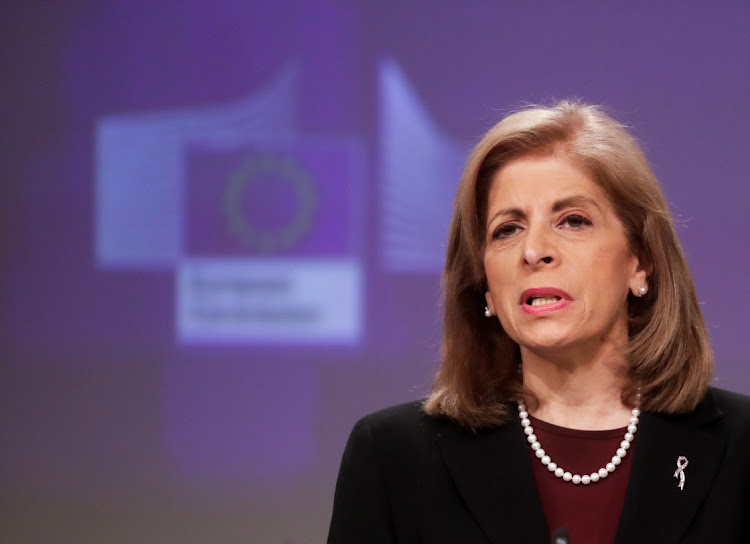