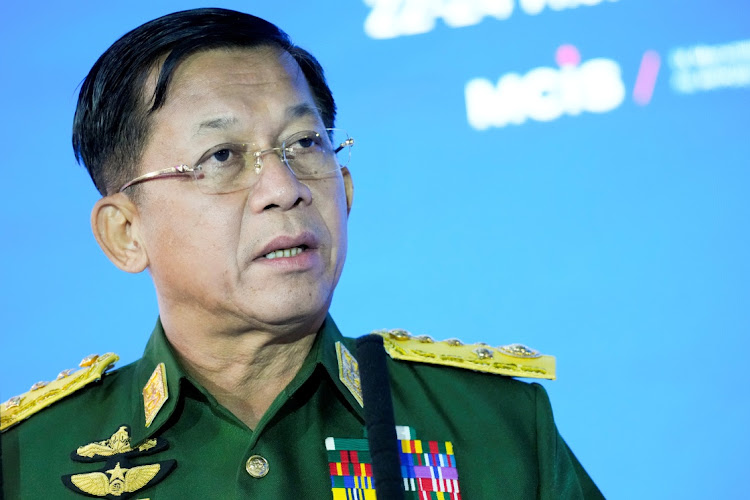 Jakarta — Indonesia's foreign minister urged Myanmar on Monday to approve the appointment of an Association of Southeast Asian Nations (ASEAN) special envoy and said little progress had been made on a plan to promote talks between Myanmar's rival sides.

Six months after the military toppled Myanmar's democratically elected government, ASEAN foreign ministers met on Monday to finalise the envoy tasked with ending violence and promoting dialogue between the junta and its opponents.

Talking to media by video conference, Indonesia's Retno Marsudi said the group had made “no significant progress” on implementing its five-point plan to stop the turmoil in Myanmar, which was announced in April.

The delay “does ASEAN no good” and, if inaction continued , the issue should be returned to leaders to give directions, she said.

Myanmar has been racked by a deadly crackdown on protests, economic collapse and a refugee exodus since the Feb. 1 coup. A surge in coronavirus infections has overwhelmed its health system, worsening the humanitarian crisis in the past month.

The UN and many countries, including the US and China, have urged the Southeast Asian bloc, whose 10 members include Myanmar, to spearhead diplomatic efforts to restore stability in Myanmar.

“Indonesia hopes that Myanmar will immediately approve ASEAN's proposal for the appointment of a Special Envoy,” Retno said.

Indonesia's foreign minister said the envoy should move freely in Myanmar and have full access to “various parties”, an apparent reference to ousted lawmakers, many of whom are in prison.

Retno did not specify who had been selected for the post of envoy, but diplomats told Reuters that Brunei's second minister for foreign affairs, Erywan Yusof, was strongly favoured to take the position.

Myanmar's military ruler, Min Aung Hlaing, said in a speech on Sunday that the military regime wanted Thailand's former deputy foreign minister Virasakdi Futrakul as envoy, but “new proposals were released and we could not keep moving onwards”.

“Myanmar is ready to work on ASEAN co-operation within the ASEAN framework, including dialogue with the ASEAN special envoy in Myanmar,” he said.

ASEAN — whose members include democracies, one-party communist states and authoritarian governments — operates under consensus decision-making principles. This means Myanmar will have to support the envoy's appointment, diplomats said.

Myanmar has shown little willingness to adopt ASEAN's five-point plan, instead referring to its own plans for Myanmar's future. In a speech on Sunday, Min Aung Hlaing repeated a pledge to hold elections by 2023.

Retno said ASEAN must provide immediate humanitarian assistance to Myanmar, as well as explore a mechanism for sharing Covid-19 vaccines.

“We must not be silent and allow the suffering of the Myanmar people to continue,” she said.

Junta leader says vaccinations need to be increased, through both donated doses and by developing domestic production
World
1 year ago

Nearly a third of all ballots were tainted, military-appointed election commission says
World
1 year ago
Next Article