Nearly a third of all ballots were tainted, military-appointed election commission says 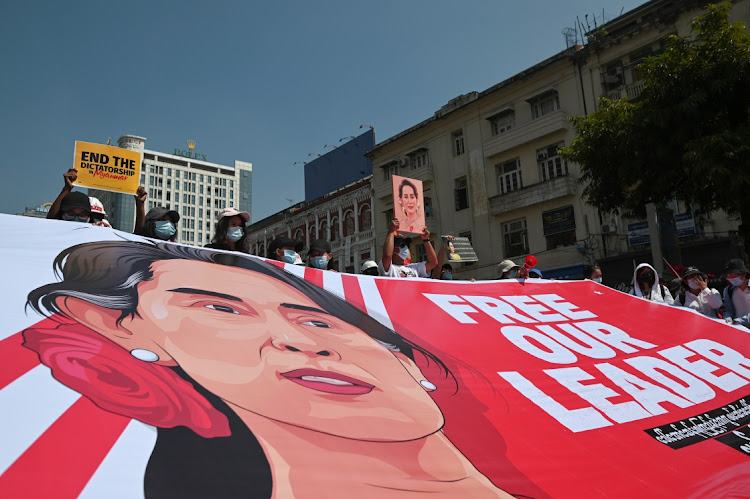 Myanmar’s military-appointed election commission on Monday doubled down on claims of mass fraud in last year’s general election, saying it found nearly a third of all ballots were tainted.

The Union Election Commission presented the findings during a press conference in the capital of Naypyidaw after a months-long investigation into the 2020 poll, which the military used as the basis for overthrowing the civilian government in a coup on February 1.

Commissioner Khin Maung Oo said the probe found more than 11.3-million fraudulent votes, citing “a number of irregularities” in advance voting, and noted the previous election commission that certified the poll issued regulations that were “against the law”.

Aung San Suu Kyi’s political party, the National League for Democracy, won a landslide victory in the election on November 8 that was deemed credible by the international observers. She and former President Win Myint have been held in detention since the coup.

“We have found that the NLD took advantage of Covid-19 rules and its administrative power so that only their party won the general elections,” Khin Maung Oo said.

The election commission said in May that Suu Kyi’s party would be dissolved over the fraud allegations and its leaders prosecuted as traitors. The army then pledged to hold fresh elections after a state of emergency that could last as long as two years.

Suu Kyi has since vowed her prodemocracy party would continue its work even though she has been formally charged with several criminal offences, including corruption and violating the Official Secrets Act.

Separately, junta spokesperson Zaw Min Tun said an agreement has been reached to manufacture Russian-made Covid-19 vaccines in Myanmar with the aim of producing 5-million doses a year.

No further details were provided.

The accusations related to the alleged misuse of land for the charitable Daw Khin Kyi Foundation, which she chaired, as well as earlier accusations ...
World
1 year ago