UN High Commissioner for Refugees says for the first six months of 2021 there will probably be a further increase from the 82.4-million displaced 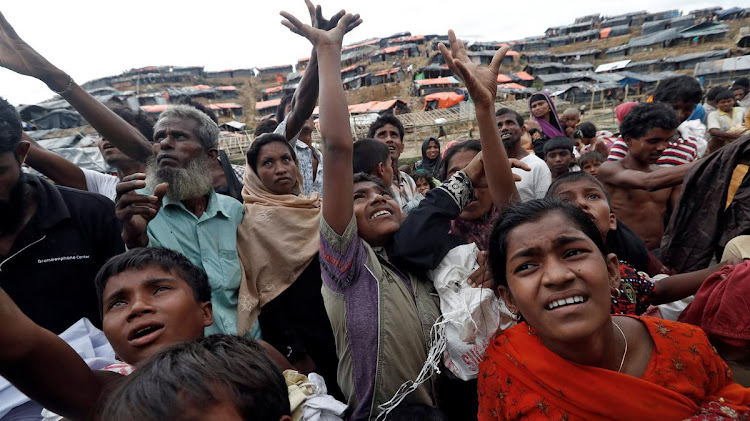 New York — The number of people forced to flee their homes due to conflict, persecution and human rights abuses has doubled in the past decade to reach 82.4-million at the end of last year, the UN said on Friday.

“In the year of Covid, in a year in which movement was practically impossible for most of us ... 3-million more people have been forcibly displaced,” UN High Commissioner for Refugees Filippo Grandi told Reuters.

Nearly 70% of those affected are from just five countries — Syria, Venezuela, Afghanistan, South Sudan and Myanmar — according to the annual report on forced displacement by the UN Refugee Agency.

“Trends have unfortunately continued. So if we had to work to update the figures ... for the first six months of 2021, we will probably see a further increase from that 82.4-million,” said Grandi. About 42% of those displaced were children.

He said the increase in those uprooted from their homes was partly fuelled by new flashpoints, including northern Mozambique, West Africa’s Sahel region, and Ethiopia’s Tigray, along with flare-ups in long-running conflicts in Afghanistan and Somalia.

The UN is also preparing for a likely further displacement of civilians in Afghanistan after US and international troops leave the country in September, Grandi said earlier this week.

Amid a rise in populism and nationalism in global politics, Grandi called on world leaders to “stop demonising people” that are forced to move.

“To say that the only way to address this population flow is by building walls or pushing people back at sea is morally despicable or unspeakable. These are human beings,” Grandi said. “Whatever the motive for the flight or for the movement human beings deserve full dignity like everybody else.”

Former US president Donald Trump took a hardline approach on border security and immigration. Grandi, who recently visited Washington, praised President Joe Biden’s pledge to “restore a US asylum system that is both effective and humane.”

The UN report found that in 2020 just 34,400 refugees were formally resettled globally — one-third of the previous year. They were resettled in the US, Canada and Europe.