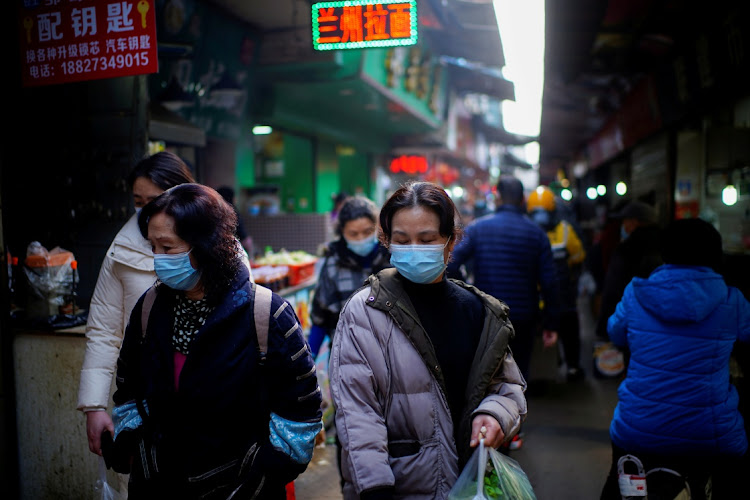 Beijing — China pushed back against the World Health Organization’s (WHO) call for another investigation into the coronavirus’s origins that includes examining whether it leaked from a lab, saying there is no evidence for the theory and it defies common sense.

The pathogen most likely arose in an animal, which transmitted it to humans via an intermediate host, a group of top Chinese science officials insisted at a briefing in Beijing on Thursday. They praised an earlier WHO report that pointed primarily to animals and called for a worldwide search for the genesis of the outbreak, while saying that the lab leak hypothesis was “extremely impossible”.

The Wuhan laboratory at the centre of the controversy “never had the virus”, said Liang Wannian, an epidemiologist who headed the team of Chinese experts working with the WHO. “There’s no need for us to put more resources into a lab leak probe.”

The hypothesis was once dismissed as a conspiracy theory by opponents of former US president Donald Trump, whose administration raised the possibility ahead of the 2020 election. The premise subsequently gained traction as scientists questioned China’s reluctance to provide access to primary source material, attention grew over efforts among some virologists to make viruses stronger, called “gain of function” work, and some world leaders called for a deeper investigation.

While China has consistently rejected the lab hypothesis, officials sought to draw a line in the sand on Thursday, signalling Beijing will not engage on the origin hunt if the theory remained in play. It was China’s most direct pushback to date on calls from the WHO and others to investigate the Wuhan Institute of Virology’s high-level lab, which studied bat-borne pathogens and other coronaviruses.

“The plan on the second phase of the origin study, it contains language that does not respect science or common sense,” said Zeng Yixin, vice-minister of the National Health Commission. “We won’t follow such a plan.”

The hunt for the virus’s origin has been shrouded in controversy, with officials in Beijing and Washington pushing alternative theories about how the pathogen emerged.

US President Joe Biden in May said the US intelligence community was divided on whether the virus emerged from human contact with animals or from a laboratory accident, and he ordered them to “redouble their efforts” and report back by late August. The move renewed suspicion that the virus could have escaped from the Wuhan lab.

Chinese officials said they are committed to uncovering the origins of the novel coronavirus, a matter that deserves serious study and should be based on science. The WHO’s plans to make the lab leak hypothesis a priority for the next stage of research has been contaminated by political posturing and displays “arrogance against science”, Zeng said.

It is likely that the initial case found on December 8 2019 was not “patient zero”, a term that indicates the first person to be infected with a new virus, the officials said. They repeated calls for broadening the effort to a global investigation into the source of the outbreak, including an examination of whether the pathogen could have first emerged in bats outside China.

“If the origin-tracing studies are to be continued, I think the part one outcomes indicate that bats should be made a priority globally,” Liang said. “We should not confine the research only to China. Anywhere that is home to a large number of bats can be made the future destination for origin tracing studies,” he said. “This is the area we need to pay the most attention to.”

China has been in the crosshairs since the start of the pandemic in late 2019, after being criticised for delaying research efforts and restricting the access of independent investigators. Now global leaders including the head of the WHO, the Australian government and others are calling on Beijing to co-operate with the next stage of deciphering the virus’s creation story, which is essential to understanding what befell the globe and reducing the risk of future pandemics.

WHO director-general Tedros Adhanom Ghebreyesus in March said the global body’s first investigation did not adequately analyse the possibility of a lab accident before deciding it was most likely the pathogen spread from bats to humans via another animal. He said scientists would benefit from “full access to data”, including biological samples from at least September 2019, and he was willing to deploy more resources to investigate.

Vendors in the central Chinese city of Wuhan, including at the Huanan seafood market tied to some of the earliest Covid-19 cases, were selling live wild animals known to harbour coronaviruses when the outbreak began, according to a study published in June.

The presence of these mammals, which may have acted as a conduit through which SARS-CoV-2 was introduced to humans, contradicts information researchers were given in January. People running the market told the WHO-led team that animals sold there were from licensed farms. The researchers said they could not verify reports of live animal sales.

Liang said Chinese authorities were not aware of the situation when investigators visited the market in January and February, a year after the outbreak led to its closure.