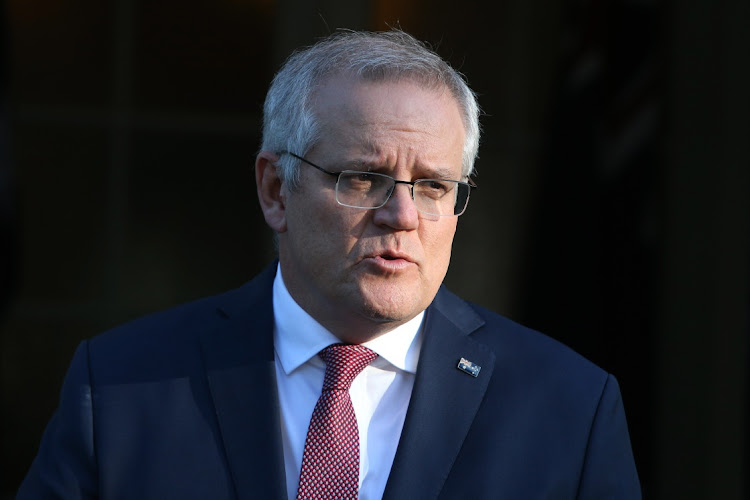 Australian Prime Minister Scott Morrison has repeated his call for a transparent probe into the origins of the coronavirus pandemic, with the nation’s two largest cities again in lockdown to halt the spread of the Delta variant.

“The world deserves answers,” Morrison said in Sydney after a meeting of national cabinet with state leaders on Friday. “Those who have lost their lives and their livelihoods, they deserve answers. Australia will continue to ask the questions to get those answers.”

Morrison’s renewed call for an investigation may further damage Australia’s fraught relationship with China, which has been in free-fall for more than a year after calling for independent investigators to be allowed into Wuhan to probe the virus’ origins. Since then, Beijing has implemented a range of trade reprisals against Australian goods including coal, wine and barley — measures that have been described by President Joe Biden’s administration as “economic coercion.”

World Health Organization Director-General Tedros Adhanom Ghebreyesus on Thursday called on China to co-operate in a second phase of studying the origins of the coronavirus, particularly sharing raw data from the early days of the pandemic. While an earlier mission that included Chinese scientists found the virus probably spread from bats to humans via another animal, WHO asked for further investigations into an unlikely hypothesis that the virus leaked from a Wuhan laboratory.

Morrison’s comments come as the pandemic continues to rage across Asia, fuelled by the spread of the highly infectious Delta variant. Indonesia, Southeast Asia’s largest economy, surpassed India in new daily cases this week, while Australia’s two most populous cities are in lockdown to battle fresh outbreaks, threatening to stall an economic rebound.

At home, Morrison is facing criticism from health experts and political opponents for failing to quickly secure enough vaccines from a wide range of drugmakers as the country’s rollout lags behind those of other major economies.

Morrison sought on Friday to head off any further Chinese retaliation, saying there’s “no politics” in asking about the pandemic’s origins and how another can be prevented in the future.

“That is just an honest Australian question, asked in good faith and seeking the good faith of working with everyone we have to, to get those answers,” he said.

Once hailed for its Covid-zero status, the country’s strategy is now backfiring
World
6 months ago

Since the first case of the outbreak was detected near the Bondi Beach in mid-June, the shutdown has been extended twice
World
6 months ago
Next Article