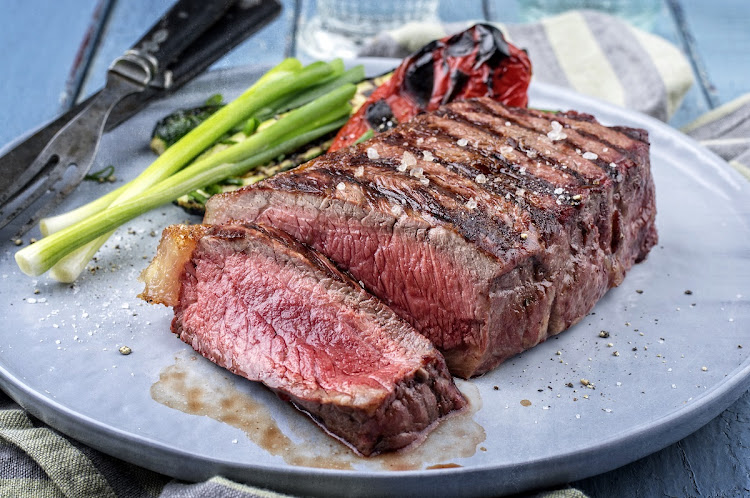 Sydney — In what would be a blow to steak lovers the world over, Australian beef may slip off global menus if cattle producers Down Under cannot hasten the pace of a nationwide herd rebuild.

With herd sizes near the lowest since the early 1990s, the nation’s beef producers face the possibility of losing their No 2 exporter position behind Brazil simply because they do not have the stock available to service a global market as demand picks up steam up post-Covid-19.

The risks of that are growing as some farmers continue to send cows to the slaughterhouse instead of keeping them to expand herds. The latest official data show the ratio of cows processed as a proportion of total slaughter — an indicator for whether a herd is in restocking phase — at 48.2%, not enough to qualify for a technical rebuild, classified at 47% and under.

While there is still time to get that ratio down, it needs to happen now as restocking is a years-long process from calf to slaughter and the industry faces a range of headwinds, said Matt Dalgleish, manager of commodity market insights at Thomas Elder Markets. “We’ve got to get those numbers back up so that we don’t lose market share into the export markets,” he said.

Australia’s beef industry has seen turbulent times after years of drought forced farmers, who were unable to support herds on parched pastures, to cull hoards of cattle. The resultant oversupply on the market caused Australian cattle prices to plummet in 2019 to half the levels seen today.

Ranchers are also facing a less certain future with the rise of alternative-protein demand as environmental and health concerns drive consumers to products like faux meat burgers or nuggets.

After rains replenished pastures last year and with the herd rebuild season under way, farmers held onto livestock, squeezing supplies and sending prices soaring to records. Those prices will probably remain at “exceptionally high levels” according to Rural Bank’s 2021 outlook.

Farmers have to contend between keeping their cattle for the rebuild, or sending them for slaughter to “cash in” now — a tempting offer for some looking to pay off large debts incurred during drought years for outsize feed grain purchases to keep the animals alive, Dalgleish said.

With the Australian dollar gaining to almost 80 US cents, the Aussie product is becoming out of reach for many importers. Prices have even overtaken the US, which traditionally holds the title for the world’s most expensive beef. The government forecaster Abares sees US and Brazil expanding shipments through 2022-23 to high-value markets, notably China.

The high prices have also elicited a response from Indonesia, where strikes by local meat sellers over Australian beef costs prompted the government to warn that it will look to other suppliers, according to Australian media reports. Indonesia is Australia’s largest export market for cattle and beef offal.

Though Australia accounts for only 4% of global beef production, the country is one of the world’s largest shippers, with major markets in China, Japan and South Korea. Export volumes fell 15% last year as record prices hurt demand.

Australia’s position in those markets is at risk, compounded by free trade agreements that see higher tariffs on the nation’s shipments versus American beef, according to Dalgleish. “The trade situation is such that the US product is being more favoured,” he said.

For Australia’s cows that, unlike cattle in the US, mainly feed on grass instead of grains, climate change could add pressure to rebuild stock fast. With drought never far around the corner, coupled with higher frequency of extreme weather events, it is crucial to bulk up herd sizes while pastures are green.

“Australia is likely to be back in drought in a couple of years,” Dalgleish said. “It kind of doesn’t leave us a great deal of time to build up to those high twenties in millions of head numbers — 28-million to 29-million head. And then you’re kind of stuck again, depending on how prolonged the drought scenarios are looking. We could be back down at record herd levels, and low supply again.”

The spike in prices is due to the resurgence of the coronavirus in the country, and a much colder winter than
World
8 months ago