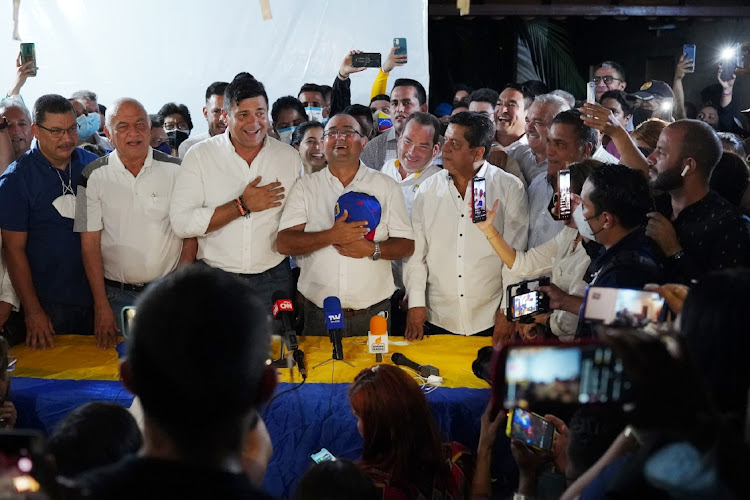 Barinas  — A Venezuelan opposition candidate has won an election for governor of Barinas state, the birth place of the late former leader Hugo Chavez, bringing an end to 22 years of Socialist party rule there.

The vote in Barinas, a re-run of the November race for the state's governor's office, will not alter the Socialist party's control of the majority of governorships in the country, but represents a symbolic victory for the fractured opposition.

“The triumph is for Barinas and all of Venezuela,” victorious opposition candidate Sergio Garrido said.

Last year, Argenis Chavez — brother of the former leader — had contested the vote for the ruling party but did not emerge victorious.

Instead, the Supreme Court ordered the vote be repeated after disqualifying opposition candidate Freddy Superlano. The decision followed an order made by the comptroller general in August saying Superlano was under administrative investigation and was disqualified from running.

The surviving Chavez subsequently pulled out of the re-run and was replaced by former foreign minister Jorge Arreaza, who competed against Garrido.

Garrido picked up 55.36% of the votes, while Arreaza received 41.27%, Barinas state representatives of Venezuela's National Electoral Council (CNE) said in a message broadcast on state television.

Arreaza conceded defeat in a message on Twitter before the official results were announced late on Sunday.

People on motorcycles and other vehicles took to the streets to celebrate the victory.

“It was impossible for Jorge Arreaza to win because we had our own candidate who knows every inch of Barinas,” said Marielena Rivas, an accountant.

The opposition victory came in spite of ruling party efforts to sway voters, Garrido said in a video message while waiting for official results.

The ruling party has since November delivered subsidised bags of food and ramped up fuel supplies, advocacy groups and opponents said, denouncing the tactic as misuse of state funds.

The ruling party won governorships in 19 of Venezuela's 23 states in November, while the opposition won in three.

But the ruling party saw the number of votes it received drop to 3.9-million in the November elections, according to election authorities, down from 5.9-million votes during regional elections in 2017.

Overturning of an earlier ruling was misplaced as the government recognises interim president, top court rules
World
4 weeks ago

Leftist Gabriel Boric was elected president of Chile on Sunday by a larger-than-expected margin, giving him a mandate to push for higher taxes, ...
News
4 weeks ago