Research will help officials pinpoint aid for about 10,000 families unable to access $1bn in property 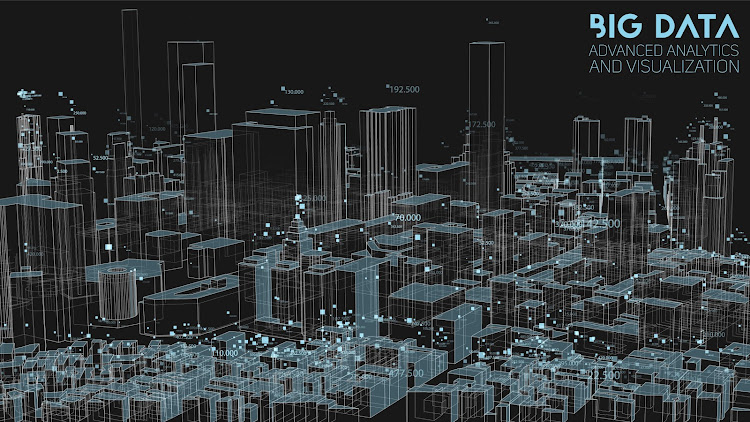 Washington — Donald Gadson and his wife had been meaning to sort out their financial affairs when she died after a sudden illness — plunging the family and their century-old Philadelphia home into legal limbo.

Five years on, Gadson recently got matters in order with help from a legal aid organisation, ensuring that the family home — which had been in his wife's name — will eventually pass to his two sons.

“A home is a place where you can start building wealth — because it's something stable, something you know,” Gadson, 62, said.

Many more city residents beset by “tangled title” issues may now be able to access similar legal assistance thanks to a pioneering analysis of home ownership data released last year.

Officials say the research will help them pinpoint aid for about 10,000 families unable to access $1bn in property. A disproportionate number were found to be from communities of colour, with many clustered in just three city districts.

As well as freezing family-owned wealth, title issues can prevent residents from accessing basic government services or postdisaster assistance, and make them vulnerable to predatory development.

The Philadelphia initiative is among a growing number of projects across the US using data to address inequality — an effort that has gained momentum during the pandemic and since 2020's Black Lives Matter protests.

“We're at the beginning of a really exciting time, where we're able to allow the data to drive us to think about how to problem-solve,” said James P Leonard, Philadelphia's commissioner of records.

He said the use of the data, which had been analysed in a study by the non-profit Pew Charitable Trusts, marked a potentially “transformational” new chapter for the city.

“Thanks to the data, we're able to target specific areas and even households that are affected,” he said.

This summer, Gadson met with a Philadelphia VIP attorney who within months was able to fix the family's legal problems, adding his sons' names to the house deed and resolving other outstanding issues.

“It lifted a whole weight off,” he said.

Economic fallout from Covid-19, coupled with demands for racial justice, have piled new pressures on US city governments.

“We were hearing two very real, parallel concerns at a volume we hadn't heard before — one focused on equity, and the other on the lack of money,” said Stacey Gillett, who leads on government innovation for Bloomberg Philanthropies, referring to conversations with city leaders.

When the federal government started disbursing unprecedented aid to city authorities in March 2021, local officials turned their attention to how to spend the windfall fairly, she said.

“So we said, ‘let's start somewhere: Do you know what the needs are, at the neighbourhood level, at the race level?’ So many cities don't even disaggregate data by race,” she said.

In October 2020, Gillett helped start a programme with Bloomberg's What Works Cities initiative, bringing together budget and finance heads from several dozen cities to look at how to foster an equitable recovery from the pandemic.

Data has played a central role in crafting policies focused on boosting equality.

“We've now seen city leaders and staff shift away from the way things always have been done and really instead focus on how data … can stabilise and make lives better for residents,” said Jenn Park, founding director of the What Works Cities certification programme, which helps cities boost their data use.

“We were moving at light speed,” he said. “It was data we had and needed it to inform our decisions. And rather than overthinking it, we just started using it.”

Among the city's data-led innovations was the creation of an “equity atlas” that breaks down the population by race and income.

That resource was used for the first time to channel federal coronavirus aid, such as awarding grants for small businesses in areas with bigger racial and income disparities.

For many cities, gaining more insight about different residents' needs and frustrations has meant asking them directly — before carefully poring over their answers.

In Durham, North Carolina, officials have revisited a raft of seemingly minor measures after open-ended consultations with residents revealed they were having a disproportionate effect on marginalised communities.

These include, for instance, the difficulties that can stem from suspending someone's driving licence, said Erin Parish, a design strategist with the city.

“During Covid-19, we took that same approach: What were their biggest issues around fines and fees? They said traffic tickets, parking citations and water bills,” she said, prompting work to figure out how such levies could be waived or minimised.

Portland, Oregon, too, has been putting more emphasis on residents' feedback, said Koffi Dessou, deputy director of the city's office of equity and human rights.

When pandemic food aid was being distributed, for instance, he said officials heard certain foods were going to waste due to medical or religious restrictions.

Now, Portland is trying to measure the effectiveness of all federal pandemic-related funding among city residents, through data gathered from those receiving the resources.

“The impetus for data is now coming from everywhere,” said Walle Brown, a data analyst with Portland's equity office. “We're at an unprecedented time.”