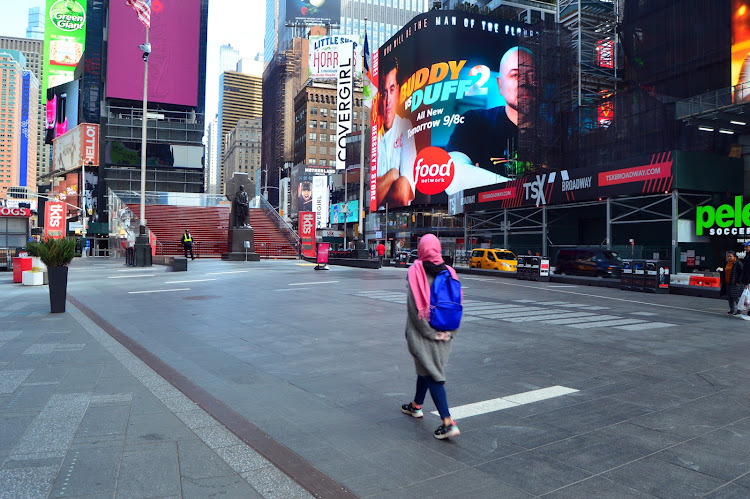 A woman walks through Times Square in New York in the US. Picture: 123RF/KIRKIKIS

Much of New York is back in swing, with hundreds willing to get in close quarters together. It’s not the same inside office buildings.

In the past few weeks, dignitaries have collaborated at the 76th session of the UN General Assembly, bringing traffic in the city to a halt; floors were filled in the Javits Center for financier Anthony Scaramucci’s conference; while each night parties filled venues near Hudson Yards. Hedge fund managers including Ray Dalio and Dan Loeb huddled to swap big ideas an hour away, next to parked yachts at the Greenwich Economic Forum last week.

Yet big Wall Street firms are having trouble bringing people back to the office, despite many companies offering perks to lure workers in: free food, complimentary gym memberships, group therapy sessions and, in the case of Citigroup in London, even therapy puppies. An estimated 28% of office workers in the New York areas have returned, data tracked by security company Kastle Systems shows.

Wells Fargo, meanwhile, has pushed its return-to-office plans back a third time. The bank with the biggest workforce of all of its peers is now targeting November.