The court ended his bid to rescind the the Deferred Action for Childhood Arrivals, with thousands of immigrants now protected from deportation 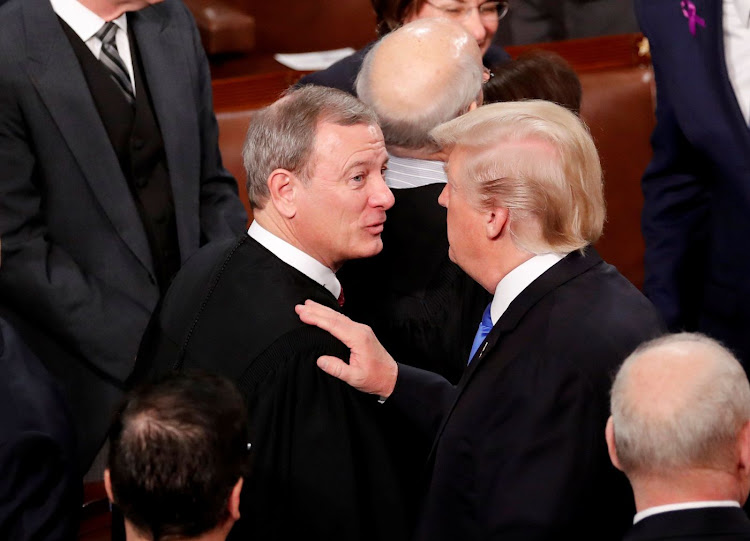 Washington — The US supreme court has dealt President Donald Trump a major setback on his hardline immigration policies, ruling against his bid to end a programme that protects from deportation hundreds of thousands of immigrants, dubbed “Dreamers”, who entered the US illegally as children.

The justices, on a 5-4 vote, upheld lower court rulings that found that Trump’s 2017 move to rescind the Deferred Action for Childhood Arrivals (Daca) programme, created in 2012 by his Democrat predecessor Barack Obama, was unlawful.

Conservative chief justice John Roberts joined the court’s four liberals in finding that the administration’s actions were “arbitrary and capricious” under a federal law called the Administrative Procedure Act.

The ruling means that the roughly 649,000 immigrants, mostly young Hispanic adults born in Mexico and other Latin American countries, currently enrolled in Daca will remain protected from deportation and eligible to obtain renewable two-year work permits.

The ruling does not prevent Trump from trying again to end the programme, but his administration is unlikely to be able to end Daca before the November 3 election in which Trump is seeking a second four-year term in office.

He once wanted a blacks (of assorted hues) vs whites (all blonde) season of The Apprentice, writes Timothy L O’Brien
Opinion
10 months ago
Next Article