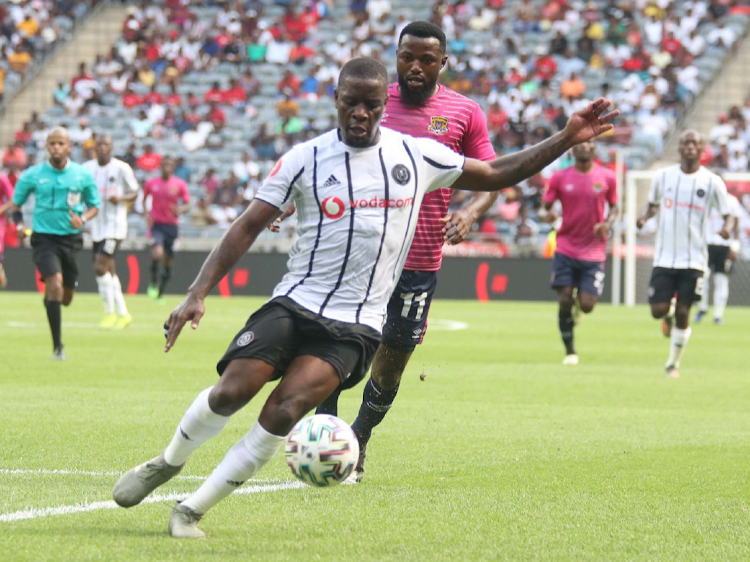 Mntambo’s departure might not come as a surprise as, despite some promising performances in patches, the former Jomo Cosmos and Chippa United player battled to nail down a regular first-team place. He played 10 Premiership matches in 2018-2019 and 11, 17 and 10 in the next three seasons.

But Nyauza’s exit might raise some eyebrows as he was a defensive stalwart for Bucs, playing 24, 23 and 20 league matches in their past three campaigns in the Premier League.

At 32 and 33 respectively, though, the pair’s ages would have played a role in Bucs’ decision.

“Orlando Pirates can confirm that midfielder Linda Mntambo has moved to Sekhukhune United after agreeing terms with the club,” Bucs said on Thursday. “Mntambo, who joined the club in 2018, registered 71 appearances, scoring eight times and recording six assists. The 33-year-old will be missed in the Bucs changeroom for the positive spirit he brought to the squad.

“Pirates can confirm the amicable parting of ways with Ntsikelelo Nyauza after a meeting between the parties on Wednesday,” the club said. “The 32-year-old defender has been at the heart of Bucs’ defence since joining in 2013. After captain Happy Jele, ‘Ntsiki’ was the second most experienced player at the club with 192 appearances, including seven goals and four assists.”